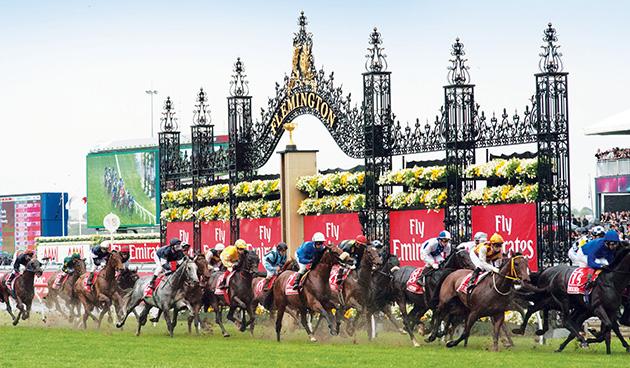 With the release of the 2018 Melbourne Cup Weights we will see a Melbourne Cup like no other this year as thanks to the WAVE of European Imports this year our gun and Australia’s number 1 handicapper has been forced to weight the runners so closely together that the old days of a horse getting in with a ‘feather on his back” certainly I cant see applying this year . Unlike previous years we have no obvious top weight and with this being the case a number of horses have possible received more weight than they normally would with a top weight not being “present “

This though will have a follow on effect and cause the handful of Ballot exmept races to effectively turn into World Class Group 1 events simple as spots in the race are going to be very hard to come by and instead of having 1-2 live chances in the Lexus and similar ballot free races I think we will see deep races with as many as 6 and 8 genuine “live chances” desperate to win to ensure they make the Final Field . Its important to remember some of these horses will be European Horses who will be in the “hole” for approx. $100,000 AUD for the flight down and back and if they don’t make the race then there will be some very depressed owners. Don’t forget some of these horses coming haven’t won much more than $100k their whole career so it’s a big gamble for them

Lets have a look at some of those up high in the Weights and as you will see the actual amount of “ spots up for grabs are very few and far between.

Those races are the Bart Cummings, the Caulfield Cup,Cox Plate and Lexus Stakes.

Now the Bart Cummings this year wont be open to the Imports as to make the race as they will still be in quarantine so really that’s one spot for the locals that are here and that are outside the top 30 or so to try and piggy jump ahead of the pack .

This therefore makes the Caulfield Cup and the Lexus possible the races of the spring as 183 doesn’t go into 24 !!

Given all of this as you can see with a limit weight more than likely of 54kg and a top weight of 57.5kg – then we basically have a Set weights and penalties races and long term experienced punters know that the horses you want to be on are at the top of the weights not the bottom in these scenarios. The only hope we have is the 3yr old from Godolphin handling the pressure of travel and taking his place- but personally I question his creditonals anyway

Given pre post betting markets have for some reason WITHHOLD as favourite ( how ?) his currently 58th in the order of entry and unless he wins a race and gets a BIG PENALTY or wins a Ballot free exempt race his no hope of making the field . If your taking some pre post bets you need ot seriously consider the above facts