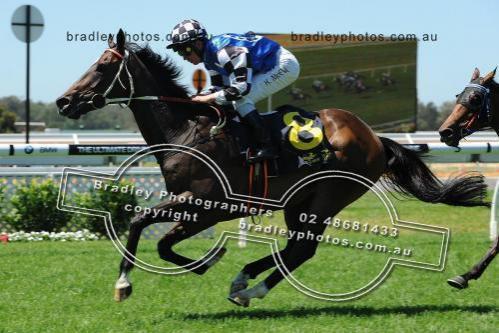 NEWCASTLE, Friday, February 1, 2013: TRAINER Kris Lees is leaving nothing to chance with Award Season’s Mornington Cup tilt. The French import has really hit his straps during his current summer preparaton and is seeking four wins on the bounce in Wednesday week’s Listed $350,000 Cup (2400m).

Whilst Lees normally stables his horses at Caulfield for Melbourne sojourns, not so this time. Award Season will be floated to Melbourne tomorrow night and will be based at the provincial venue where the Cup will be run.

“Mornington can be a bit of a tricky track, especially for an interstate horse seeing it for the first time,” Lees said today.

“I’m sure it will be an advantage for Award Season to be based there and work on the course prior to the Cup.”

Jockey Kerrin McEvoy is keen to maintain his association with the gelding at Mornington. He has partnered the five-year-old at his last two starts – for impressive wins at Warwick Farm (2400m) on January 5 and then when dropping back in distance to 1900m at the Canterbury night fixture on January 25.

Whilst Award Season is expected to secure a start in the rich provincial race at Mornington, Lees has a back-up plan in the event he misses out.

“There is also a race at Caulfield the following Saturday, but obviously Mornington is the one we’re keen on,” he said.

“I don’t know yet whether the horse is up to Caulfield Cup standard, but winning the Mornington Cup would be a big bonus for a horse who is not yet proven in top company,” Lees said.

“At this stage, the Wyong and Newcastle Cups en route to The Metropolitan at Randwick would appear realistic spring goals.

“We’ll see where we go from there.”