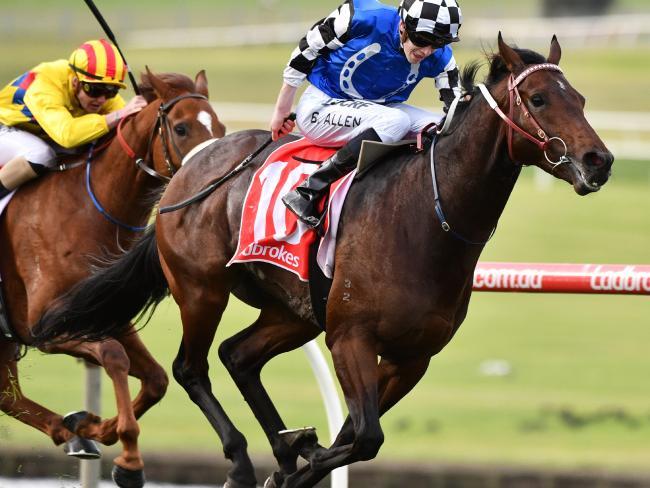 Weir said he has a high opinion of former German stayer Plein Ciel, who made it five wins from six starts when he won the Ladbrokes Handicap (1600m).

“He’s an exciting prospect. He was bit more manageable when he paraded than at Warrnambool,” he said.

“He didn’t like being cluttered up. He had one on his inside and one on his outside, which he didn’t like. Ben Allen rode him perfectly and he got him to the outside and he let go well with plenty of upside to come.”

Weir plans to give Plein Ciel another run in Melbourne before taking him to Queensland to contest a race such as the Ipswich Cup.

Weir believes that trip will be the makings of Plein Ciel.

“He’s just a lad. A trip away makes a horse like him grow up.”

Weir said he believed Plein Ciel’s best distance would be 2000m and he thought he was a spring horse in the making.