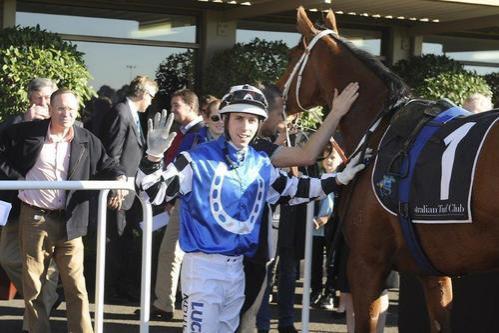 ~~Avdulla will also ride comeback stayer Hathras Horseform (Heat 1), Newcastle Cup prospect Oriental Lady Horseform (Heat 3) and recent stable acquisition Brook Road Horseform (Heat 4) in other 950m trials before heading back down the freeway to compete at the midweek meeting at Randwick’s Kensington track where his first mount is in the opener at 1.28pm.

Avdulla has developed a good association with the Lees stable, and is unbeaten on Oriental Lady in three rides – the first at Newcastle and the next two in Sydney.

The imported mare runs in the Listed Premier’s Cup (1800m) at Rosehill on August 30 as her lead-up to the Group 3 Newcastle Gold Cup (2300m) at Broadmeadow on September 18.

Brook Road, a promising mare who was prepared by Bart and James Cummings when she won her last two starts in Sydney (her overall record is three wins from five starts), was purchased by Australian Bloodstock and syndicated to clients.

Another Australian Bloodstock purchase Ay No Digas Horseform, like Oriental Lady, is on a Newcastle Cup path.

He also trials tomorrow in the opening 950m heat.

At this stage, he will race next at Rosehill on August 30 in a Benchmark 80 Handicap over 2400m.