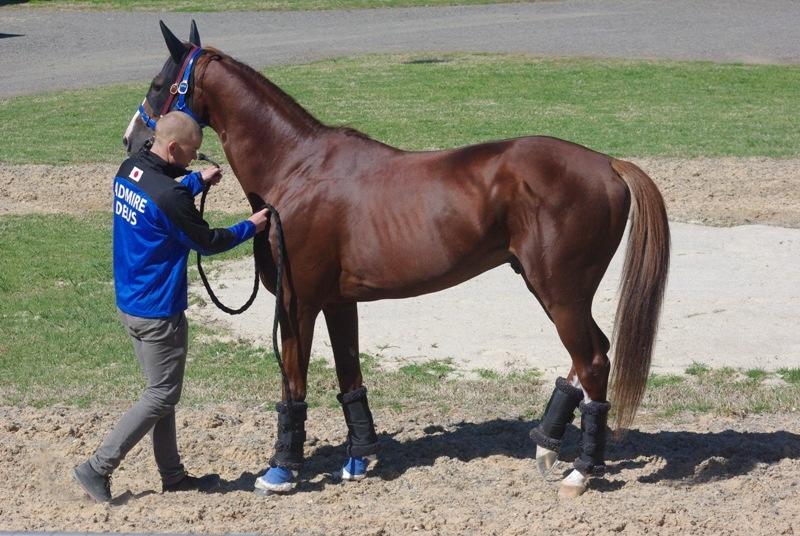 “Couldn’t have asked for anything better.” That’s how Darren Weir’s travelling foreman, Matt Scown, described the way Caulfield and Melbourne Cup fancy Admire Deus adapted to his trip to Australia.

The Japanese galloper, who was recently purchased by Australian Bloodstock and transferred to Australia’s leading horseman, on Tuesday became the first horse to take up residence at the Werribee International Horse Centre this Spring Carnival.

The trip from his quarantine base in Japan to Werribee took around 26 hours and Scown was amazed by how well he handled it.

“He travelled really well,” he said. “I was very, very pleased with him. He drunk a lot of water, he ate everything we put in front of him and he constantly chewed the hay.

“He was very relaxed. We were expecting, first time flying, a bit of unsettled behaviour but he was just perfect.

“When he got off the truck here he was walking around, eating the grass and very happy in himself, so we’re really happy how he pulled up.”

Scown has spent the previous month with Admire Deus in Japan, overseeing his preparation for the trip to Victoria, which he said had many advantages.

“Getting over there nice and early has given us a bit of a leg up and we’ve got to know the horse a lot better and find out how he eats, his characteristics and everything about him,” he said.

“It was very nervous with the flight just because I didn’t know what to expect with him as a horse, but since he flew and did it so well, I’m really excited to see what he can do out here and get into the momentum of heading towards the big races.”

Admire Deus, who is a $15 chance in CrownBet’s Melbourne Cup market, has Werribee Racecourse to himself at the moment, but that will be a different story by the end of the weekend.