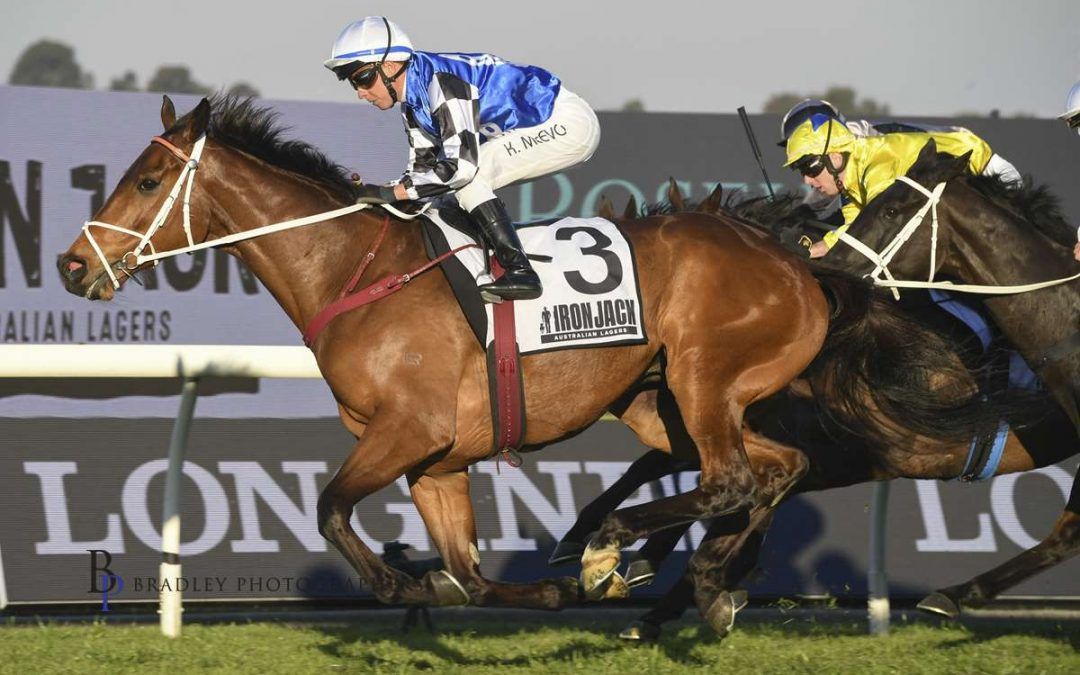 Story by Kate Watts for racing.com

Lunar Fox’s Group 1 Australian Guineas-victory has scored him a much sought-after wildcard into Saturday week’s $5 million All-Star Mile at The Valley.

It was announced on Monday night the in-form colt along with Shout The Bar, Mugatoo, Star of the Seas and Streets of Avalon had each received one of the final five wildcard spots.

It comes ten days after the results of the public vote was announced locking in the top 10 entries, with the wildcards now completing the field of 15.

Wildcard entrant and four-time Group 1 placegetter Star of the Seas had secured his berth in the race last Saturday with victory in the ‘win and you’re in’ Group 2 Blamey Stakes (1600m) at Flemington, with leading trainer Chris Waller confirming he would accept the wildcard spot with the Ocean Park gelding.

Dual Group 1-winning mare Shout The Bar earnt her spot due to her impressive performance over the distance when winning the Group 1 Empire Rose Stakes over a mile at Flemington last spring.

The four-year-old resumed with a brave third in the Group 3 Frances Tressady Stakes (1400m) on Saturday and will be the first All-Star Mile runner for Hall of Fame-member Gai Waterhouse and her training partner Adrian Bott.

The Paul Preusker-trained colt might have been a long-priced winner at Flemington, but he also boasts a victory in the Group 2 VRC Sires Produce (1400m) at two and a fifth placing in the Group 1 Caulfield Guineas (1600m) on his resume.

In this year’s All-Star Mile field untapped New South Wales-galloper Mugatoo will return to the scene of arguably his career best performance at The Valley where he finished fourth in the centenary Cox Plate (2040m) last spring.

The Kris Lees-trained import finished in the unenviable position of 11th in the ASM public vote – one place outside a guaranteed start – but with six wins from 11 Australian starts he has done enough to convince the wildcard selection panel of his credentials.

The Shane Nichols-trained gelding, who has placed in five of his seven starts at The Valley including a win in the Group 2 Australia Stakes (1200m) three starts back, will join public elect Mr Quickie as a second-time All-Star.

Thoughts on the selections?

Racing Victoria says it is delighted to add these five wildcards to the ten publicly voted horses to complete the line-up for the annual All-Star Mile which it thinks is shaping as an incredible race in its third year.

“There is a blend of established brilliance and fairytale stories among the field for this year’s race as we’ve become accustomed to over the first two years of Australia’s only fan voted race,” said Greg Carpenter, Racing Victoria’s Executive General Manager – Racing.

“With the addition of the wildcards, the All-Star Mile 2021 field now boasts nine individual Group 1 winners and the first five Australasian-trained horses home in this season’s centenary Cox Plate to underline its quality.

“The inaugural All-Star Mile was won by Australian Guineas winner Mystic Journey, while Superstorm was runner-up in both races last year, so we are really pleased to have three-year-old Lunar Fox in the race and know that he brings a proven formline.

“Shout The Bar and Streets of Avalon are proven Group 1 performers, as is Star of the Seas who was very impressive in securing his wildcard with victory in the Blamey Stakes on Saturday.

“Mugatoo is the x-factor. He was outstanding in the Cox Plate and has been set to peak for this race. He was unlucky to finish 11th in the public vote, so we’re pleased to give his connections another chance at glory.”

For the first time the $5 million mile event will be held at The Valley and the Moonee Valley Racing Club’s General Manager-Racing, Media & Communications, Alastair Dwyer said the club is delighted with how the field has come together saying the addition of the five wildcards has added further intrigue to what is already an exciting race.

“To have five high-class runners return to The Valley after running in the centenary Cox Plate last October shows the strength of the All-Star Mile in attracting the best middle-distance horses in Australia and New Zealand,” he said.

“The Valley will produce an atmosphere befitting of the race and the famous mile start will see combatants truly tested like never before. Saturday, 13 March can’t come quickly enough.”