All-Star Mugatoo ‘progressing’ in the paddock! 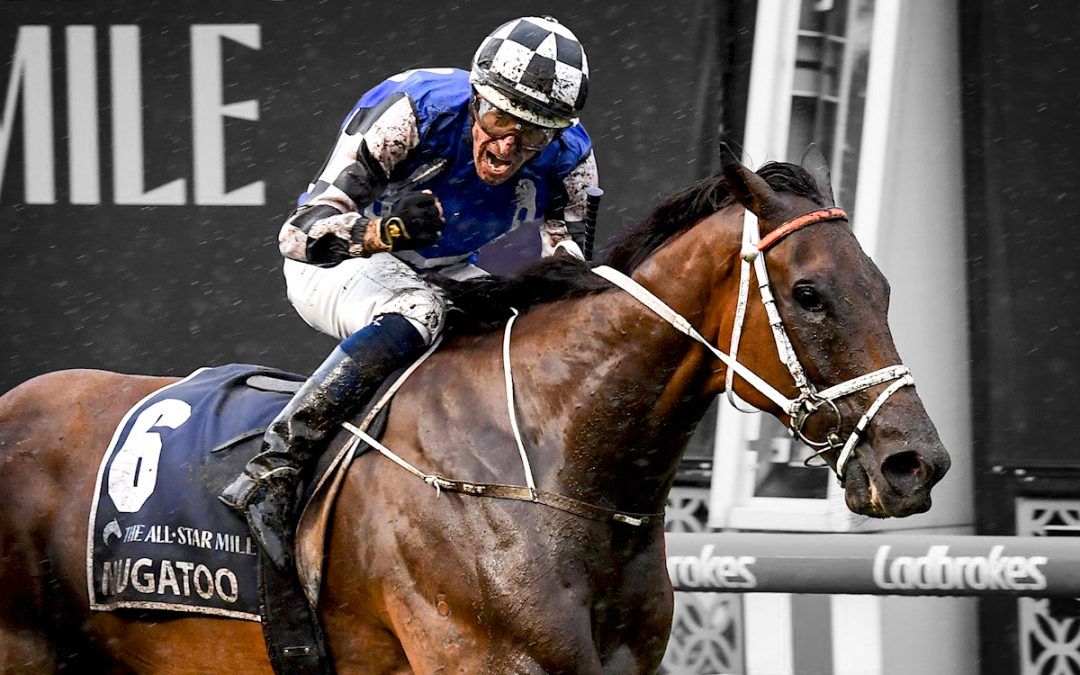 A year after he finished runner-up in The Metropolitan, Mugatoo is in the paddock and recovering from a tendon injury suffered in the Group 1 Doomben Cup in May.

Mugatoo was rated a $15 chance to win this year’s Cox Plate before he suffered a spring ending injury.

He had made his mark last spring when winning the Newcastle Cup before finishing close up in The Metropolitan and fourth in the Cox Plate. He enjoyed the biggest payday of his career after claiming the $5m All-Star Mile at The Valley in March but punters have been robbed of his talent this spring after he suffered a major injury at his last start.

“He is progressing as hoped but we know it’s hard to come back from these type of injuries,” Lees said.

“Late autumn or early winter is the earliest you will see him but we will have to just wait and see.”

Mugatoo has been a revelation for Australian Bloodstock since being purchased from the United Kingdom and has banked close to $3.4m in prizemoney.

But the UK-bred son of Henrythenavigator could face an uphill battle to return to his best in 2022.