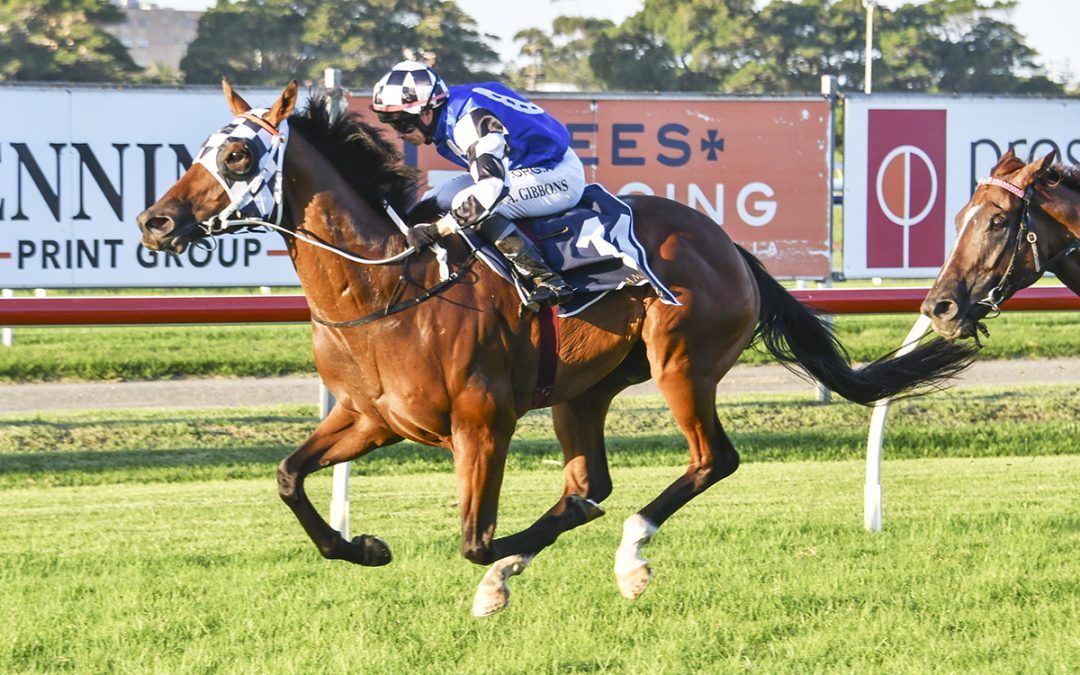 IT was a case of lucky 11 for Maitland jockey Andrew Gibbons on Tuesday as he booted home a third Provincial Championship finalist for trainer Kris Lees in the last qualifier at Newcastle.

Gibbons completed a winning treble at the meeting with a dominant victory aboard Animate in the fifth $150,000 qualifier, which was transferred from the rain-hit Wyong meeting on Saturday.

Animate came wide on the turn from worse than midfield in the 1350-metre race and hit the lead with 150m to go before holding off the Kim Waugh-trained Oxford Tycoon by three-quarters of a length. Damien Lane-trained Oakfield Captain was third to also make the April 11, $400,000 final at Randwick.

On his return, Gibbons was greeted by his son, Dylan, who was strapping for Lees, but another son, Ryan, was in his thoughts.

Gibbons had qualified another Lees-Australian Bloodstock three-year-old, Enchanted Heart, which was third at Kembla Grange. He also guided Stella Sea Sun into the final for Lees with a second at Newcastle.

He cannot ride in the final because of regional coronavirus restrictions on jockeys but he was excited about the chances of Animate, which became equal-second favourite at $8 behind Lees-trained mare Asharani ($4.50) with the TAB.

“As much as I love Enchanted Heart, what Animate did today, he’s a serious horse,” he said.

“I was further back than I thought I’d be and I can’t believe how easy I got past them. I got going thinking I would struggle to pick them up.

“He’s going to be a really nice horse. It’s a shame I can’t go down and ride him in the final.”

He said it was a great training performance from Lees to qualify two three-year-olds for the final. Lees also has Great Danger in the decider for five runners in total.

“They are meeting the older horses at set weights in their class, so they don’t get the normal weight relief.”