Animate fends off his rivals in Magic Millions Country Cup 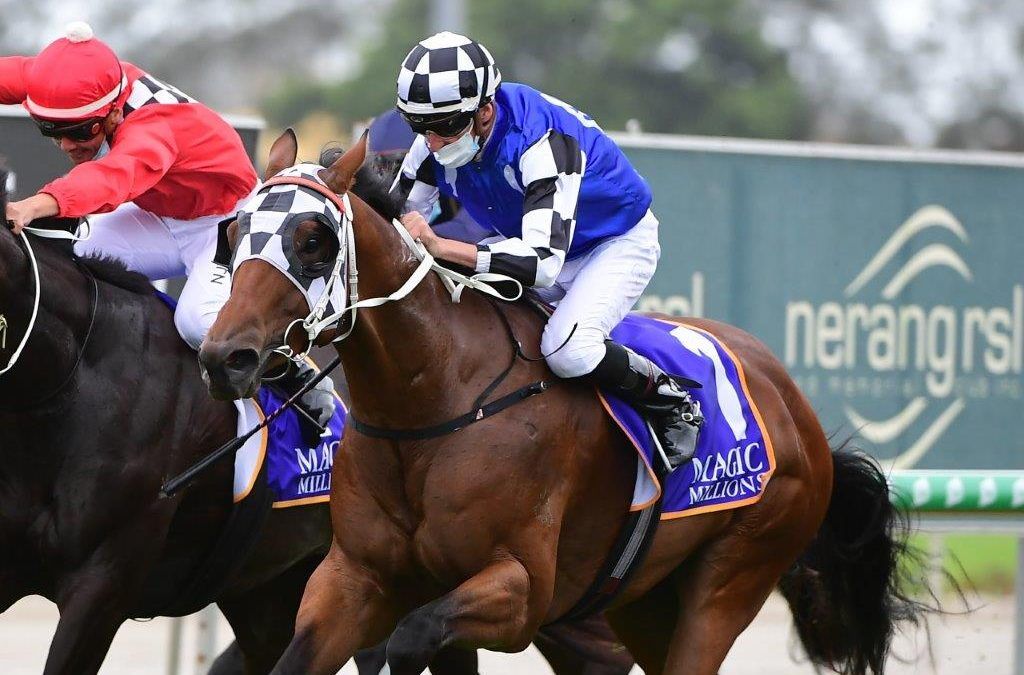 After the top weight Finance Tycoon had saluted in the previous race, another top weight got home in the fourth race at the Gold Coast … this time in the form of the Kris Lees trained Animate in the Magic Millions Country Cup.

The four-year-old gelding had to show plenty of his competitive character to carry the day after, firstly, being fully tested for almost the full of the straight by Penasquito.

While he was busy getting the better of that argument, if Animate had a rear-view mirror he would have seen a cavalry charge of horses bearing down on him, but his brave effort saw him do just enough to prevail and claim his fifth victory from twelve starts.

“I started setting this horse for this race quite a while ago,” said trainer Kris Lees. “That’s why he ran at Wyong because he needed that run to quality … to get another non-city run under his belt … and that topped him off nicely.

“He paraded really well. He has come on nicely and has appreciated being up here for the last ten days or so.

“I think the booking of Nash Rawiller was a pretty vital one as well … as you saw over the final 200m.

“He has won over $400,000 … with various races like these and a couple of BOBS races … so he’s been a really good horse to the connections.”