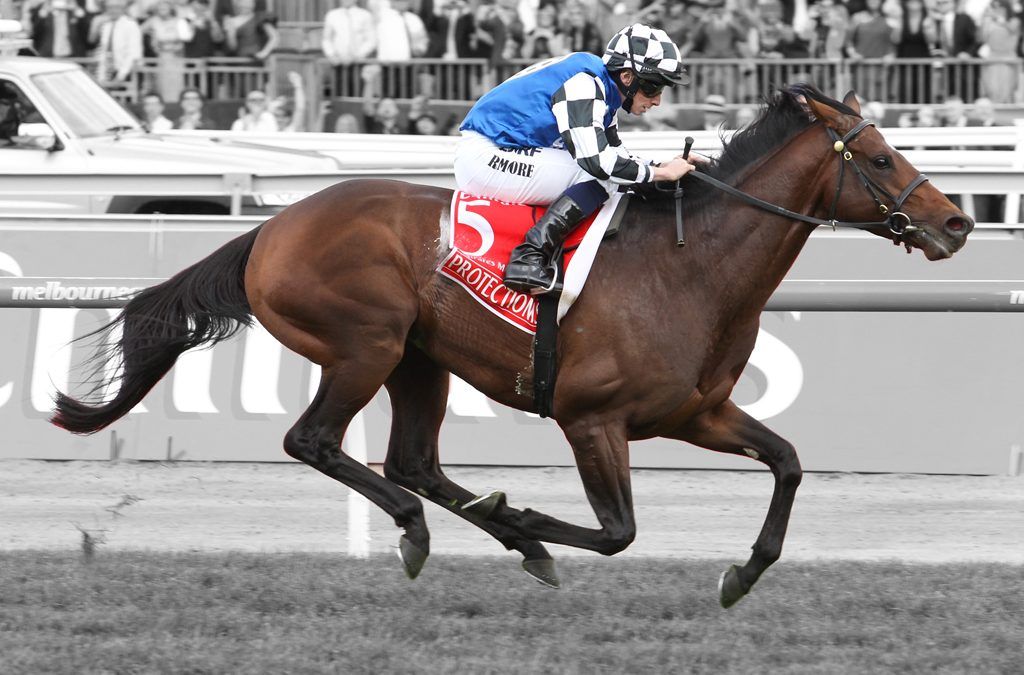 Australian Bloodstock today announced they have bought a controlling Interest in one of Ireland’s best older horses in MUSTAJEER.

The Medicean gelding is lightly raced and has been well looked after having just 18 starts. With 50% of his runs resulting in top 3 finishes and only 3 times finishing outside the money he is very consistent.

Currently trained by Group 1 winning and leading Irish conditioner Ger Lyons MUSTAJEER is officially rated 108 and his next start will be in Europe’s Richest Handicap, the £1,000,000 EBOR to be run on the 25th of August at York.

We sat down with Luke Murrell to get his thoughts on the purchase and plans moving forward.

Another international purchase by the team, what’s drawn you to him?
“We have bought him as we feel he is a genuine top 5 and winning chance for the Cups. Those Irish horses are the best stayers in the world and I have loved some of the things he has done this year, it’s been hidden in his data but it certainly says he is in career best form. With the Caulfield Cup only 8-9 weeks away if he drew well I think he is a horse they all have to beat in a race like that. Melbourne Cup wise he relaxes and if he could use his big turn of foot then he has to be a top 4-5 hope”.

He’s lightly raced for a 6 year old?
“Yes he’s a very sound horse and in fact when our vet inspected him he said he is one of the nicest physical horses he has seen in Europe and vetting wise he’s an exceptionally sound horse with x-rays and scans like a 2yr old. Ger has managed this horse amazingly well and whilst we don’t think there is any improvement in him if he can maintain his form he’s going to be a great hope in any race he contests”.

Thoughts on this years Ebor?
“The Ebor was one of the best rating races last year and he ran an unlucky 4th. This years Ebor will be stronger than some of the Group 1 races in Europe so it will be a proper race and even better than last year. Ger has been very happy with the horse and has set him for the event where he will carry 57kg”.

He profiles well for a trip down-under?
“He has exactly the right profile in that he will with even luck get in on the limit in both the Caulfield and Melbourne Cups and importantly he has a turn of foot that will be well suited to Australia. His turn of foot is one of the best we have seen in a while on the data he produces so on our flatter tracks he should be dynamic”.

Is a horse like this already sold before you buy it?
“We have such a loyal group of owners who we have shared huge success with and these types of purchases are mostly sold before we finalise. Occasionally there are 1 or 2 shares left, i’m not sure if he’s all sold as of this conversation but he soon will be”

You’ve made some solid purchases this year, anymore on the horizon?
“The Caulfield and Melbourne Cups looks very very winnable this year as basically I feel most of the Australian trained horses are at such a big disadvantage due to the program that if we can find these horses that are in career best form we will always be tempted given the races are worth $5m and $7m respectively. We are just about to finalise another horse that coincidentally will also run in the Ebor and then will also come for the Caulfield and Melbourne Cups. I’d lean slightly more towards Mustajeer’s best hope being the Caulfield Cup and this new one we are close to buying being the Melbourne Cup. We keep shares in all of the horses ourselves so that will probably tap us out for this year for our bigger purchases, however I couldn’t be more happy with what we have got as we should end up with genuine winning chances in all the big Group 1 races this spring which will be exciting”

Spring has been a happy hunting ground for Australian Bloodstock and this year looks to be no different, with horses such as Danceteria, Chief Ironside, Shraaoh, Sixties Groove, Torcedor, Red Cardinal, Big Duke, Tactical Advantage and Mawaany Machine all ready to take their shot, 2019 could well be their biggest year.