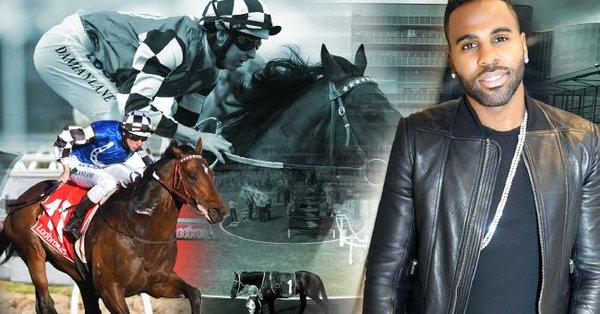 The Australian Turf Club today announced multi-platinum recording artist Jason Derulo will perform a free concert for racegoers at the inaugural The Everest, an exciting new horse race with prizemoney of $10 million.

The Everest will be run at Royal Randwick Racecourse over 1200 metres on 14 October 2017. The $10 million prize pool not only makes this event the richest 1200 metre race in the world, but also the richest race on turf in the world.

Derulo will perform a free and exclusive, 60-minute concert for all ticket holders after the last race, in The Theatre of the Horse – part of Royal Randwick’s $170 million refurbishment.

Known for his flawless vocals and precision choreography, Derulo’s latest single ‘If I’m Lucky’ is rocketing up the charts and currently sits at #9 on Shazam Future Hits. His other recent hits include ‘Swalla’, ‘Talk Dirty’, ‘If It Aint Love’, ‘Hello Friday’, ‘Want To Want Me’ and ‘Trumpets’.

Derulo said of the upcoming appearance: “I can’t wait to get down to Australia for The Everest, it’s going to be huge!”

Australian Turf Club Head of Commercial, Jeffrey Lemon said: “The Everest is set to become Sydney’s premier spring racing event and what better way to launch the world’s richest race on turf than with a free performance by one of the world’s hottest performers.”

The Everest is a joint venture between Racing NSW and the Australian Turf Club, who together share a vision to see Sydney racing explode onto the world stage. Royal Randwick itself is an international landmark, annually attracting visitors from all over the world to enjoy its premium facilities and magnificent outlook in the heart of Sydney.

It’s not only international artists appearing at the Everest, The Australian Turf Club has secured agreement with Australian Bloodstock to have former Japanese galloper Brave Smash represent the Club in the $10 million The Everest at Royal Randwick on October 14.

Australian Turf Club Executive General Manager Racing James Heddo said the ATC was delighted to partner with Brave Smash who is currently rated in the top five of betting for The Everest.

“The ATC is committed to building the international profile of our Carnivals and our racing, and to attract more overseas competitors to our racecourses. Brave Smash offers a point of difference to The Everest with his international background and pedigree.

“In Brave Smash, we believe we have the X-Factor in what is already shaping as the biggest sprint race in the world, and one that we feel privileged to be part of.