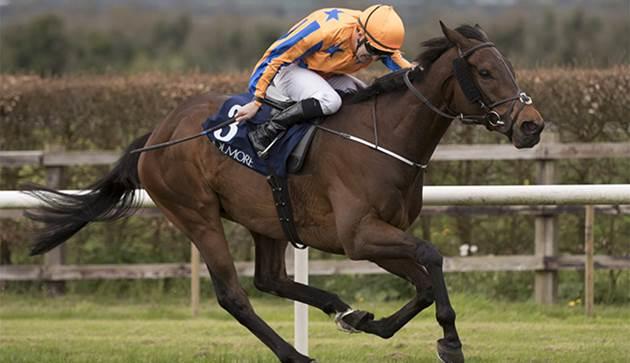 Australian Bloodstock has turned to a proven formula in an attempt to win a second Melbourne Cup, with confirmation on Monday that the group was behind the recent purchase of super European stayer Torcedor.

Just like in 2014 when Protectionist won the Melbourne Cup in the Australian Bloodstock colours, Torcedor will be prepared for this spring’s $7.3 million Cup by German master Andreas Wohler.

Torcedor, a dual Group 3 winner who has come into his own chasing Stradivarius to fill Group 1 placings at his past two starts in Europe, currently carries a European rating of 119 and will be one of the highest-rated internationals to travel from Europe for the Melbourne Cup.

He has been one of the big movers in Melbourne Cup markets in recent days and on Monday was listed as the equal-second favourite at $17 with BetEasy.

Director Jamie Lovett says Australian Bloodstock and connections are thrilled to have purchased the horse from Te Akau Racing boss David Ellis and over the weekend Torcedor entered the German stables of Wohler.

“Torcedor has got the profile of one of the better horses to ever come from Europe for the Melbourne Cup,” Lovett told Racing.com on Monday.

“He’s the third-highest timeform-rated horse to come to Australia, but aside from that the way I rate it, he’s right up there with the best … no doubt one of the top three two-mile horses in the world right now.

“The horse has arrived at Andreas Wohler’s stable in Germany this weekend, I spoke to him last night and Andreas will just spin his wheels now.”

Lovett added: “At this stage the plan will be to come out to Australia on the first shipment and in regards to a lead-up run, we don’t know at this stage, it will depend how he responds to training and what Andreas thinks.

“I do think that he is the sort of horse who profiles very, very well.

“He’s not a Group 1 winner, but if he had beaten Stradivarius in recent runs [in the Ascot Gold Cup or Goodwood Cup] then he’d get top weight in a Melbourne Cup for sure.

Torcedor was previously trained by Jessica Harrington in Ireland and Lovett explained the work and preparation put into the purchase was thorough, with some of those who enjoyed Melbourne Cup glory with Protectionist having reinvested to try and do it all again.

“We’re really bullish about him. He is effective on fast and slow tracks,” he said.

“It’s so difficult to buy a horse like him from Europe for our Cup because connections are usually targeting an Arc (Prix de l’Arc de Triomphe) or the horse is weighted out of the Cup.

“He is such a good staying horse but we spoke to a few of the riders of there and they said he isn’t a dour two-miler, he runs times and runs good mid-race sectionals.

“We discussed this horse at length before we purchased him.

“This was the horse that we really wanted to buy, and to be honest I didn’t think we’d be able to buy him off David Ellis.

“It wasn’t so much that it was an ‘offer too good to refuse’ [to Ellis], he is bigger on buying yearlings and you’ve got to remember that we are so fortunate with our prizemoney that in the end we didn’t consider Torcedor to be crazy money for us.”

Lovett added: “We’ve got owners in this horse who have had success with Protectionist.

“Protectionist [winning the Melbourne Cup] was a good year for us and Andreas.

“It’s a passion. If you’ve ever had a runner in the Melbourne Cup you then want one in the race every spring.

“We’ll leave our options open. He could be a horse that we return to Royal Ascot with next year given he has proven how good he is at that level.

“But the type of horse he is, a weight-for-age race like The BMW would fit very well too.

“We now want to get him to Werribee with plenty of time and hope for a good preparation.”