Danceteria is a rapidly improving son of Redoute’s Choice among eight horses in the Eclipse, a race that historically marks the start of the second half of the European season with Classic performers in three-year-old features meeting older rivals at the elite level for the first time.

Enable won the G1 Breeders’ Cup Turf (1m4f) at Churchill Downs ahead of Magical on November 3 but hasn’t raced since.

Enable is $1.70 favourite with bet365 to win the Eclipse whilst Magical ($5) has won three of four starts since and was runner-up in a star-studded G1 Prince of Wales’s Stakes (2000m) at Royal Ascot on June 19.

Danceteria, in comparison to those two mares, is badly outgraded as a $41 outsider but his trainer David Menuisier, a Frenchman who is based in West Sussex, is not perturbed.

“There is no point worrying too much about the opposition,” Menuisier said.

“Our horse is going the right way, having won a Listed race and Group 3 this season, and deserves to take his chance at a higher level.

“There are not that many Group 2 options and from my point of view it is a no-brainer to have a go at a race like this.” 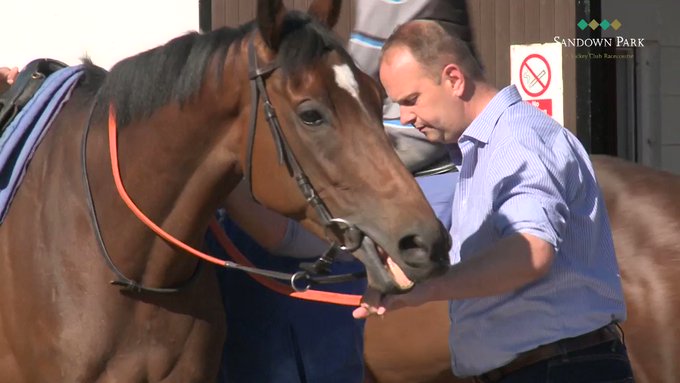 Australian Bloodstock bought a majority stake in Danceteria, which is still partly owned by his original owner, Clive Washbourn, after his first-up victory in the Listed Prix Jacques Laffitte (1800m) at Maisons-Laffitte on April 10.

Dancerteria was placed just once from his first four starts in England before being gelded halfway through his three-year-old season and winning six of his following 10 outings. Overall, he has raced 14 times for six wins and two thirds.

“After the Eclipse, there is a Group 1 in Germany at the end of July which we will look at. Then we will probably give him a break in preparation for travelling to Australia in the autumn,” Menuisier said.

This story originally appeared at https://www.racing.com/news/2019-07-05/news-danceteria-on-the-big-stage