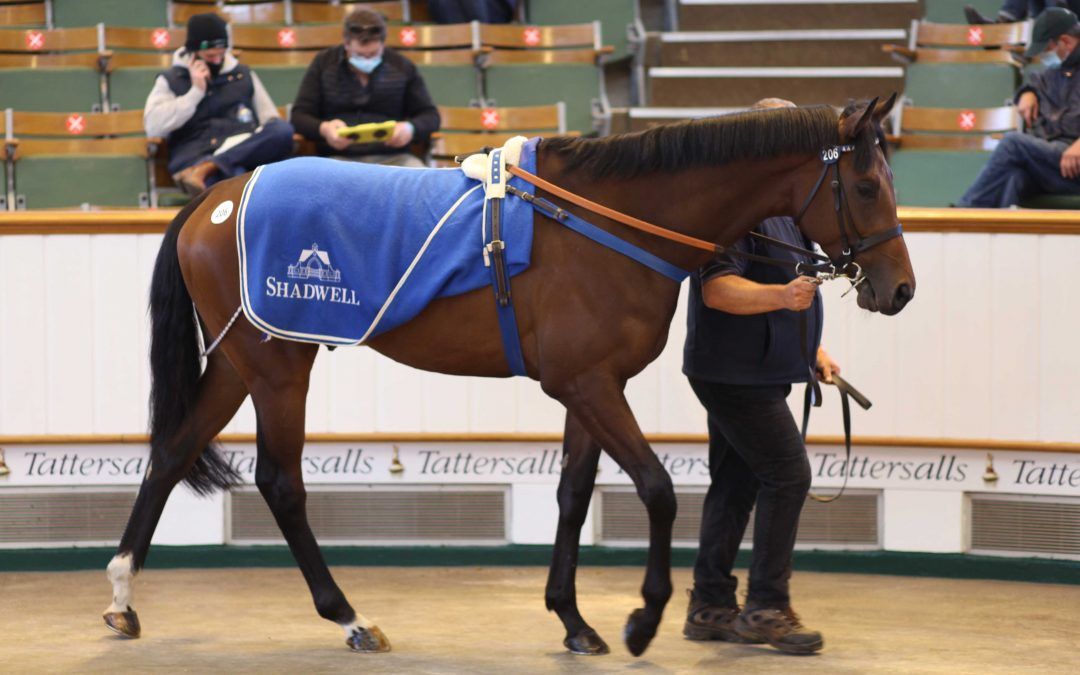 Prolific syndicators Australian Bloodstock paired up with Ronald Rauscher to purchase one-time winner Daysan (Temple City) from Shadwell for 75,000gns on the first day of the Tattersalls Autumn Horses In Training Sale on Monday.

Catalogued as Lot 206, the colt was bred by Spendthrift Farm and purchased by Shadwell Stud for US$190,000 at the Keeneland September Yearling Sale from the Four Star Sales draft in 2018 and he broke his maiden on the third time of asking at Chelmsford on September 26 which earned him an official rating of 80.

Daysan is out of the Grade 2 winner and Grade 1 runner-up Malibu Pier (Malibu Moon), and is a half-brother to the Listed winner and Breeders’ Cup Juvenile (Gr 1, 8.5f) placed Coasted (Tizway) and stakes-placed Malibu Stacy (Tizway).

Malibu Pier herself is a daughter of Grade 2 winner Blue Moon (Lomitas).

The colt is by Spendthrift America-based Temple City (Dynaformer) and Rauscher said he expects the colt to suit the racing in Australia.

“He is a very promising sort, stays well, he has been looked after well. Temple City, I know him, and I like Dynaformer [grandsire] – he should suit Australia,” said Rauscher.

Watch him winning his 3rd start in blistering time!