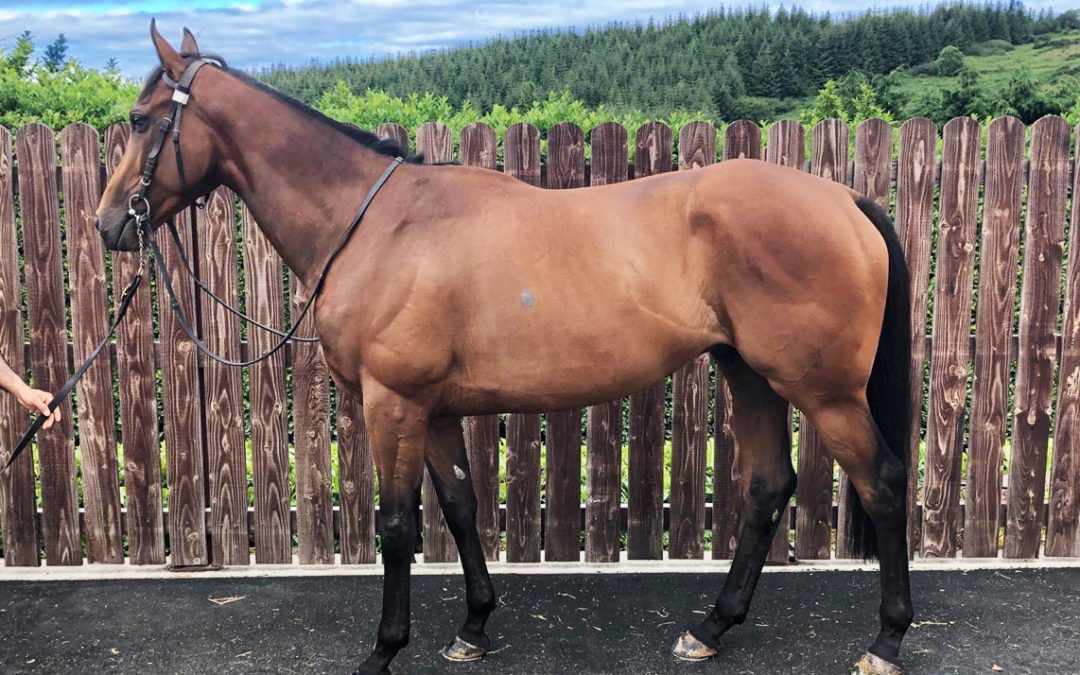 Australian Bloodstock has today announced the purchase of ROCKABILL, a well performed Irish four year old gelding by the champion sire Fastnet Rock. Rockabill comes from the yard of Joseph O’Brien and is lightly raced with just a dozen starts.

We Interviewed Director of Australian Bloodstock Luke Murrell on his thoughts on the soon-to-be import.

What’s your opinion on the horse?

“He’s a hidden gem this horse, he’s only had a dozen starts and reports are he was kept so long as connections thought he had Group 1 ability, but due to the strength in Irish racing and some unfortunate luck in races he hasn’t quite lived up to that promise, however I think some of that Irish form is much stronger than people give it credit for and on our data he has done a few things that says he will be a Group Horse in Australia”.

“The immediate plan for Rockabill is he will arrive on a special shipment that Racing Victoria and IRT have put on next month to ease congestion for the normal September shipment”.

“He will be placed with Leading NSW and Australian Trainer in Kris Lees and the spring carnival races will be targeted. Kris Lees continues to break all previous records and with the greatest respect to all the other Australian trainers his record with these imports is second to nonehe has some amazing facilities and this helps to keep them interested and also replicates their environment back in Europe which we find is a big plus rather than being locked up in a box like they are in the city”.

How’s the form stack up?

“Some might look at him and say there is no Group form on his CV but this is what we liked about him as he will arrive with a low handicap which gives his owners plenty of opportunities to win Saturday races and recoup our outlay. Whilst he certainly wasn’t cheap, for what our data model has recorded we think he could be a real surprise packet and we haven’t ruled out having a shot at one of the exempt races over the spring for him in an effort to get him into a Melbourne Cup. I believe either this preparation or next preparation he is capable at that level and for the price he is well worth it”.

Where do you see him getting too?

“He has a turn of foot this horse but a few times recently he’s been in some really hot form races and some of the Irish tracks are completely different to our tracks and I think you will see his explosiveness when he arrives here. He will be a great horse for guys wanting that Spring Carnival experience or a group of mates to brag about! With just the two wins our plan would be to win some general Saturday races and then if his ratings remain high and he is handling things a race like the Lexus could be worth a shot on Derby Day. If not we will save him and look towards a race like the Group 1 BMW”.

Rockabill comes from a very strong Black type pedigree which includes horses like Invincible Spirit but surprisingly he is a horse that has shown 1600m right through to 3000m form. He will arrive in August.

TO GET INVOLVED IN OUR NEXT IMPORT SEND US A MESSAGE!