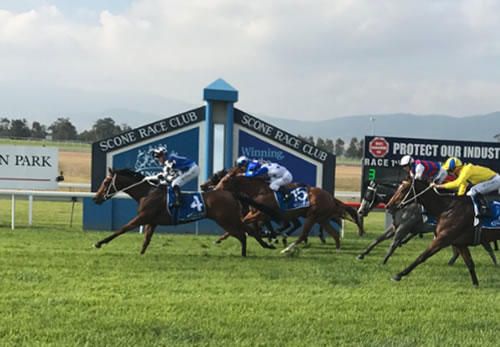 Classy stayer Red Cardinal staked an early claim for the Melbourne Cup when taking out the Group II Oleander-Rennen at Hoppegarten in Germany on Sunday for Australian Bloodstock.

Trained by Andreas Wohler, as was Australian Bloodstock’s previous Melbourne Cup winner Protectionist, Red Cardinal powered clear to win the 3200 metre contest by a length and a quarter.

It was the first stakes win for the five year-old son of Montjeu, who was second in the Group I Preis Von Europa in Germany last year.

A lightly raced gelding with four wins from eight starts, Red Cardinal added to a run of success enjoyed by Australian Bloodstock who won the $100,000 Inglis Scone 2YO Classic last Friday with Excelamour.

Red Cardinal was scheduled to come to Australia last year for the Melbourne Cup, but the trip was abandoned when he spiked a temperature and was unable to go into quarantine.

Twelve months on he appears to be right back on track with the Cup dream firmly in his sights.