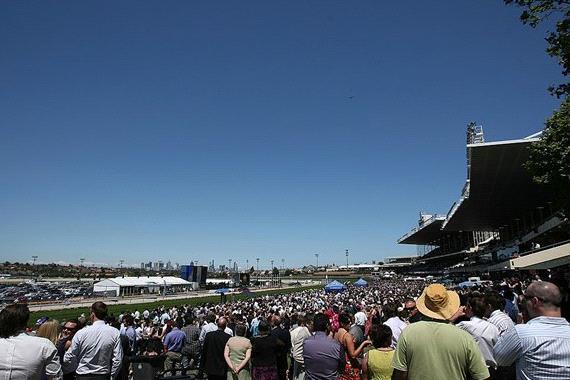 Australian Bloodstock has announced intentions of another spring carnival raid, targeting the Cox Plate with a Group III winner in France overnight.

“I’m over the moon,” Menuisier said after the victory.

“Today he showed his true colours in a competitive race and I think he’s a Group I horse.

“He’s in the Eclipse at Sandown and he’s also in Group Is in Germany and America. All options are open at the moment.

“The plan is to go to Australia at the end of the year and the main idea is to go for the Cox Plate, so we’ll work backwards from that.”

“The MVRC continues to promote the W S Cox Plate around the world as we look to attract the best middle-distance turf horses to The Valley to contest our great race,” MVRC Chairman Don Casboult said in a statement.

“By partnering with selected prestigious Group I races around the world, we hope to continue to raise the profile of the Ladbrokes Cox Plate and secure the best horses from around the world to race at The Valley.”

The MVRC announced the first bonus race is the Grade I Takarazuka Kinen over 2200m at Hanshin on June 23. Other international races eligible for the bonus will be announced in the coming weeks.

Lovett indicated a race proven as an Australian spring form race in Munich is likely to be the next stop for Danceteria as he builds towards his Australian assault later this year.

“The plan is to head to Germany for a 2000 metre Group I handicap at Munich in July,” Lovett said.

“It’s a race that Benbatl and Best Solution have contested in the past two seasons so it’s proven as a good form reference for the spring in Australia.”

Sportsbet has Danceteria listed as a $34 chance in their pre-nominations market on the Cox Plate.