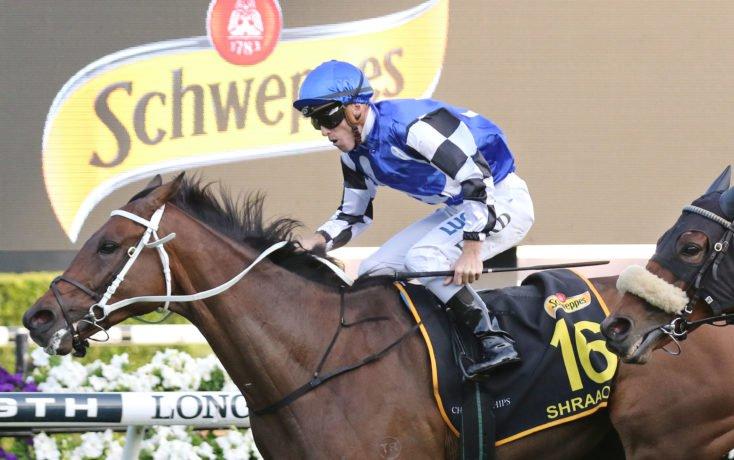 After a successful Autumn Carnival, Jamie Lovett is hoping that continues on leading into the Brisbane Carnival, starting this Saturday with several runners across two states.

Lovett is still on a high after the win of import Shraaoh in the Sydney Cup (3200m), with the Chris Waller trained stayer now in the spelling paddock with eyes on the Spring Carnival.

“It was a brilliant ride from Jay Ford,” He said.

“That gets his rating up so we don’t need to worry about qualifying him.

“He’ll go down the WFA path in the Spring and if his form is good enough, he’ll go to the Caulfield Cup/Melbourne Cup path, but if not, a race like the Metropolitan is there.”

But before that begins, Lovett and his Syndication have eyes on prizes this Saturday at Hawkesbury and Eagle Farm, with the best chance appearing to be Tactical Advantage in the Hawkesbury Gold Rush (1100m).

“The trials have been sharp and goes into the weekend relatively forward in condition to win and from there he’ll likely end up in Brisbane.”

An interesting runner is Sixties Groove, a former Darren Weir runner having his first run for Kris Lees in the Hawkesbury Gold Cup (1600m).

“The plan is to go to the Doomben Cup second up so suspect he needs the run but he’ll run well regardless.”

Lovett has a couple of runners nominated for Eagle Farm on Saturday for the 1835m Handicap, Articus and Hallelujah Boy, but both are not certain starters.

“Articus has come back to work super.

“He’s just looking for a wet track but off the trial win, he’s in for a good prep if he gets conditions to suit.

“We’ve nominated Hallelujah Boy but we’ll likely save him for the Hollindale.”

It’s a busy time for Lovett and his Syndication, with Brisbane on the horizon, plus Plein Ciel, winner of the Easter Cup last Saturday, likely heading to the Wagga Cup next week. But the owner would be lying if he didn’t have eyes and ears on how a certain overseas horse he has an interest in is going.

“Andreas (Wohler) is very happy with the way Torcedor is coming along.

“He’s ticking over beautifully and will have two runs in Germany, potentially the Hansa Preis (July) and Von Berlin (August), before going into quarantine for the Melbourne Cup 2019.

“I’m really excited to see what he can do.”