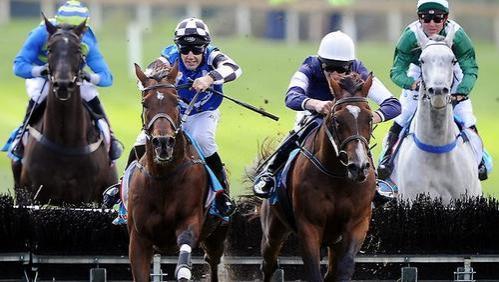 LEADING trainer Anthony Freedman left Sandown with a perfect record in jumps racing when Above Average made an impressive start to his hurdling career.
The Freedman team enjoyed plenty of success a decade ago when top hurdler Nautilism won four races over the jumps, including the Von Doussa at Oakbank.
Although mindful that Above Average must make rapid improvement if he is to match the deeds of Nautilism this season, Freedman is buoyed by confident reports from stable staff and jockey Gavin Bedggood.
Advertisement: Story continues below

”I’m not all over the jumps racing side of things, but I’ve got a couple of guys with me that are very, very good [judges] and they think he’s very good,” he said.
”He looked to jump pretty well to me and obviously I would think he would also get better for the experience over the jumps and keep improving.”
A group 2-placed stayer at his peak, Above Average is one of a handful of stakes placed flat horses that will contest jumps races this year as trainers look to exploit superior flat ability against jumpers who failed on the flat.
The jumps season started on a bad note for New Zealand import Jotilla, who was put down after fracturing a shoulder at the second-last jump of the steeplechase yesterday.
The horse appeared to have taken no harm when he stumbled after the obstacle but a later veterinary inspection revealed the injury.
Racing Victoria advised that the incident will be referred to the jumps racing review panel.