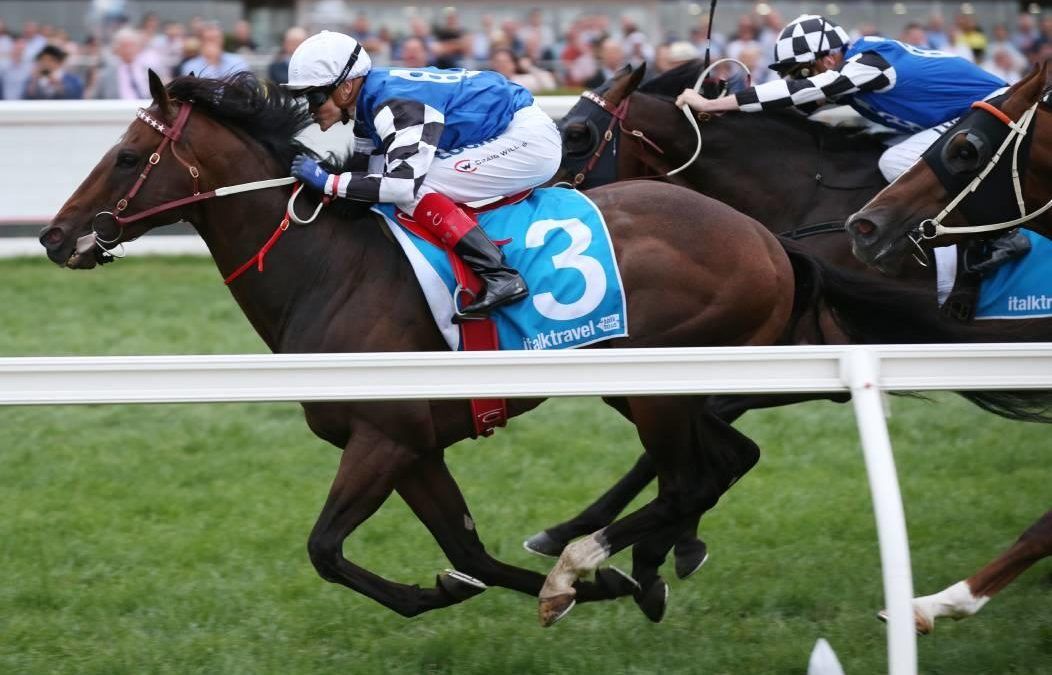 Australian Bloodstock (AB) will weigh up a Canterbury Stakes run for Brave Smash as a lead-in to the $3 million Doncaster Mile after his win in a Futurity Stakes quinella for the Hunter-based syndicators on Saturday.

“They spend a bit of money to get these good horses, so it’s great to get a result.

“It’s just taken a while for him to acclimatise but he’s getting there and now there’s some options there.”

Murrell said the win, which followed an eye-catching third in the group 1 CF Orr Stakes (1400m), “probably changes plans” before the Doncaster.

“Now the phone has been ringing overnight with guys interested to stand him at stud later and to buy into him,” he said.

“So you’ve got to be a bit mindful of that and place in those types of races.

“So whether he comes up to Sydney for the Canterbury Stakes, that might be a good option for him, or the Newmarket Handicap [1200m] in Melbourne.

“It will be harder if we go Newmarket to Doncaster, that might limit him a bit, whereas the Canterbury Stakes is 1300m and a group 1 and you could go to a mile after that.”

Tosen Stardom remains on course for the Blamey Stakes (1600m) at Flemington on March 17 before heading to the Doncaster Mile on April 7 and Queen Elizabeth Stakes at Randwick. The seven-year-old was 11th in the CF Orr but was later found to have the thumps after a tough, wide run.

“I knew he went so good the other day and I reckon if he was first-up, he probably would have won on Saturday, but being second up, he probably had a bit of sting taken out of his legs,” Murrell said.

“He won cheekily, he won cute and he really gave me a great feel,” Williams said.

Williams was already looking ahead to The Everest.

“Now that Darren has got a hold of him and the way he’s going now, I reckon he’d be a serious contender and one of the early favourites for this year’s Everest,” Williams said.

At Rosehill, the Kris Lees-trained Singing was last in the listed Parramatta City Cup (1900m) for AB after suffering a cardiac arrhythmia.

“I thought down the straight that was the end of him,” Murrell said. “But that’s a really good bit of news because it’s something they can come back from and not have any ill-effects from.”

“That’s pleasing. He will have to trial again but it shouldn’t really affect him.