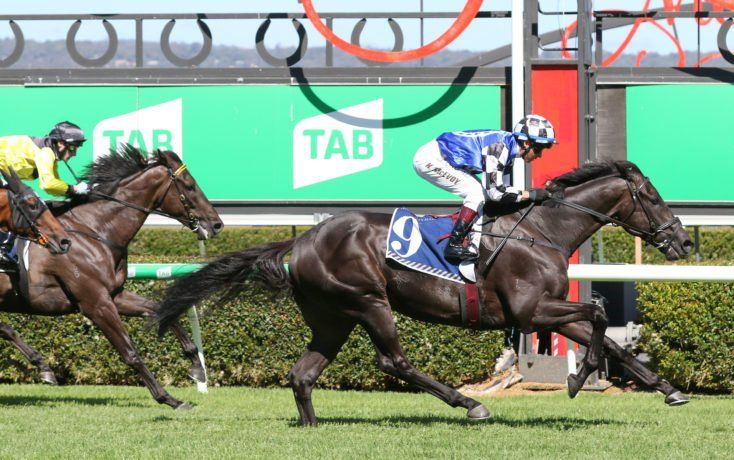 There would be few better-bred horses in Australia than the Australian Bloodstock import Ironclad (GB), who kept his record in his adopted homeland at a perfect three for three in Monday’s Listed CS Hayes Memorial (1600m) at Morphettville.

With Kerrin McEvoy in the saddle, the Will Clarken-trained son of Dubawi enjoyed the run of the race from his inside barrier. A bit of hip and shoulder to extract him from a pocket in the straight, Ironclad (GB) hit the line strongly to defeat Ritratto (Fiotente) by one and a half lenths with Lord Vladivostok (Tavistock) a half-neck back in third.

The winner of two of his eight starts in England when trained by Hugo Palmer for the late Khalid Abdullah, Ironclad (GB) faced his biggest test off two wins in benchmark races at Morphettville.

Phenomenal training performance from @Clarken_Racing taking the lightly raced IRONCLAD @KPMcEvoy to a Stakes win in his first prep now 3 from 3 in Oz.@ausbloodstock2 @Ausbloodstock
Exciting prospect in the @RacingInsider Spring Carnival https://t.co/GIJyWbSr5K

“He is obviously the most exciting horse to come from my stable,” Clarken said.

“It is a big privilege to get a horse of this standard. I am a nobody, and they send a really beautiful horse down to Adelaide to be trained by me.

“A good friend of mine, Darren Arnold, had him in the UK and he was on our list. He had a few behavioural issues and Darren knows I have spent a fair bit of time around those horses. So, he suggested to Jamie Lovett and the team at Australia bloodstock that I would be the guy for the job.

“We put a big syndicate together, mostly of my owners. To front up with that sought of money and come on board with a stable in Adelaide, it is a real privilege that they trust me that much.

“He is a massive, big robust horse and there is no bottom to him. He has an amazing pedigree with a huge structure, so I know that in the spring, I can really stick it to him.

“Who knows where his ceiling is.”

A 5yo gelded son of champion stallion Dubawi, Ironclad (GB) becomes the second stakes-winner for dual Group 1 winner Heat Haze (Green Desert), and both hit their heights in Australia.

From one of Juddmonte Farm’s preeminent families, Ironclad (GB) is a half-brother to ATC Metropolitan Hcp winner Mirage Dancer (Frankel).

END_OF_DOCUMENT_TOKEN_TO_BE_REPLACED 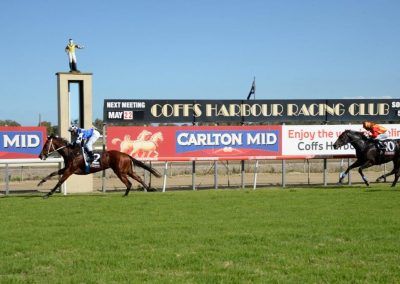 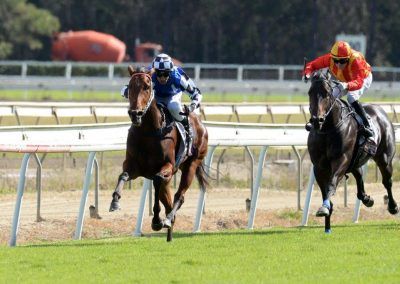 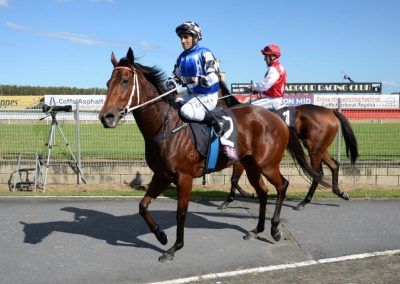