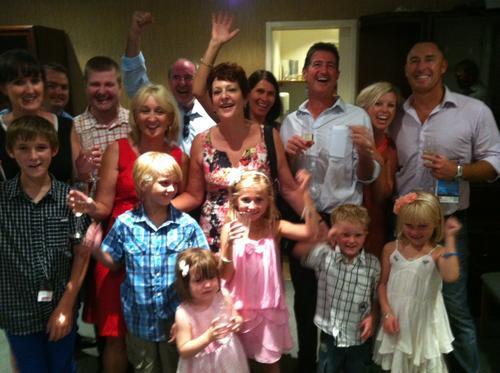 Australian Bloodstock colours were in the winner’s stall yet again when import Award Season completed a hat-trick of wins in the Canterbury BMW 33 Years Old Handicap (1900m).

Award Season went into the $35,000 race in terrific form after the Kris Lees-trained galloper won in convincing fashion at Muswellbrook and Warwick Farm at his previous two runs.

However, Award Season had to overcome a 500-metre distance drop to the 1900 metres of his latest assignment.

Kerrin McEvoy was aboard at Warwick Farm and took the ride again at Canterbury, parking the son of Dansili midfield soon after the start for where the gelding travelled comfortably through the early and middle stages.

McEvoy allowed Award Season to stride forward from the 700 metres before the five-year-old joined the leaders on the home turn.

Award Season found the front at the 250 metres before he displayed his neat acceleration to score a decisive 3-3/4-length win.

The $19,880 winner’s cheque took Award Season’s earnings to more than $76,000 since he arrived in Australia last year.

Award Season’s dominant win was the highlight of a terrific night for Australian Bloodstock horses at Canterbury after Uate ran a game second in the Listed Canterbury BMW Classic (1100m).

Uate ran home strongly at the end of the $100,000 race but fell three-quarters of a length short of the well-performed Darley galloper Skytrain.

Congratulations to the owners of both horses.

Click here for a replay of Award Season’s stylish win at Canterbury.