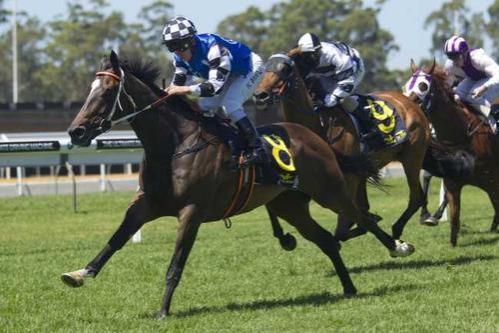 NEWCASTLE, Monday, January 21, 2013: THERE has been a change of plans for staying prospect Award Season.

Whilst an interstate trip remains on the radar for the French import, trainer Kris Lees has had a rethink about the gelding’s next assignment before committing to a Mornington Cup start.

Lees has now decided to give Award Season his next outing under lights at Canterbury on Friday, and over a shorter distance.

He has nominated the five-year-old for a Benchmark 75 Handicap over 1900m at the night fixture.

Award Season, at only his fourth start for his new trainer, underlined his staying potential when he won impressively over 2400m at Warwick Farm on January 5, at his metropolitan debut.

It was quite a jump from trouncing lesser grade rivals over 1750m at Muswellbrook just prior to Christmas.

But he has settled on Canterbury on Friday night and this morning nominated him for that event.

“The Canterbury race gives us two and a half weeks to the Mornington Cup,” Lees said.

“Whilst it’s a drop back in distance, Award Season will have to run well to proceed with the Victorian trip.”