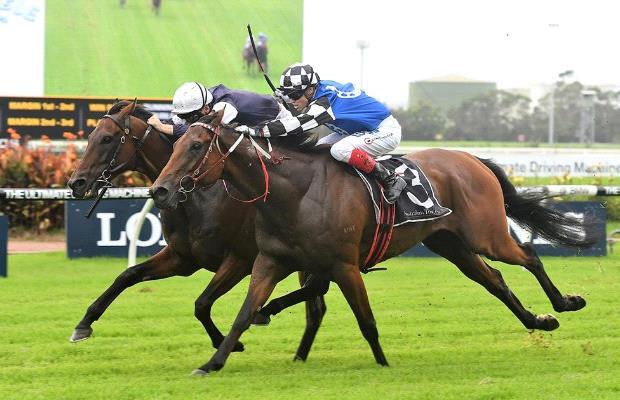 For a trainer that has dominated Victorian racing for multiple seasons now, Weir’s victory with Big Duke at Rosehill on Saturday was an overdue one, after 14 winless starters.

Big Duke ($4) and Lloyd Williams’ Our Century ($3.10 fav) went stride for stride over the final 350 metres in heavy (10) conditions, Our Century holding a nose margin at the winning post.

Williams believed his mount had been taken out “about three horse-widths” due to three instances of contact made by Our Century which stewards subsequently deemed sufficient to reverse the result, relative to the narrow margin between the pair.

The five remaining runners in the staying contest were beaten out of sight, with the third placegetter Allergic ($4.60) finishing 12-1/2 lengths away from the quinella.

Jarrod McLean, representative for the Weir stable, said Big Duke would likely head to the Group II Chairman’s Stakes (2600m) at Randwick in a fortnight before a possible tilt at the $2 million Sydney Cup.

“He is a fit horse and still on the up. He paraded better today than he did at Launceston so I’m really looking forward to being here in two weeks and then a week into the Sydney Cup,” McLean said.