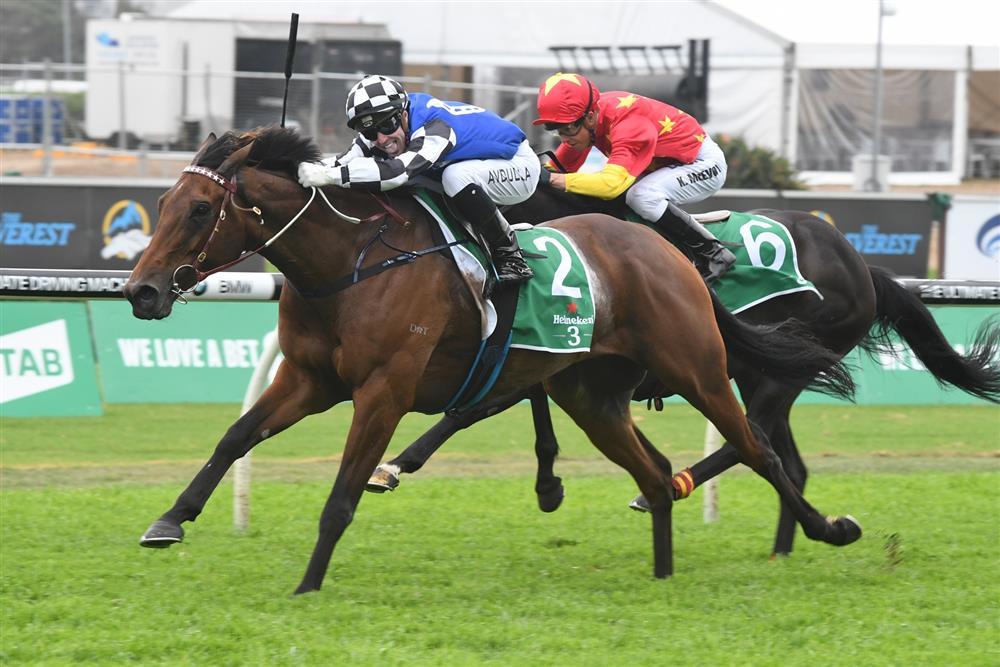 History will be against topweight Big Duke when the rising eight-year-old spearheads Newcastle trainer Kris Lees’ two-pronged attack in the Listed Caloundra Cup at the Sunshine Coast on Saturday.

Big Duke, the early $3.50 favourite, has been allotted 60.5kg and drew barrier three while stablemate Saunter Boy has 55kg and will jump from gate 11 in the 2400-metre feature.

New Zealander Megablast is the only other winner who has come close to Index Linked’s mark when successful with 58kg in last year’s race.

Lees has given the green light for Big Duke to back-up in the Caloundra Cup following his second to Vow And Declare in the Tattersall’s Cup (3000m) at Eagle Farm last week.

“He’s come through the run well and I expected him to get around 61kg,” Lees said.

“He ran second in a (Group 1) Tancred Stakes so he deserves to get that sort of weight in a Listed race.

“He’s crying out for a wet track as he doesn’t like it when the track is too firm.”

The Sunshine Coast track is currently rated a Heavy 9 and further showers have been forecast for the remainder of the week.

Lees also expects a strong performance from imported six-year-old Saunter Bay, who was a close fifth to the Joe Pride-trained Destiny’s Kiss in the Listed Winter Cup (2400m) at Rosehill on June 15.

“That was only his second run in Australia and he’s improved a lot and will also appreciate a wet track,” Lees said.

“At the weights there’s not much between the two of them and Saunter Boy should make a great deal of improvement.”

Lees plans to give Big Duke a short break after the Caloundra Cup to prepare for the Sydney spring.

“He’ll have a freshen up after this race and get ready for the early spring races in Sydney but it’s unlikely he’ll go on to the Melbourne Cup again,” he said.

“I think his Melbourne Cup days are behind him now.”

Big Duke was previously trained by Darren Weir and was the best performed of the Australian runners when he ran fourth to Rekindling in the 2017 Melbourne Cup.

He’s yet to win for Lees but has been placed five times from nine starts.

Lees attributes Big Duke’s improved performances at his past two starts to running on the roomier Eagle Farm track.

“He likes big tracks like Eagle Farm as opposed to the smaller tracks like Doomben,” he said.

Big Duke failed in the G1 Doomben Cup at his first Winter Carnival appearance in May before a moderate eighth to Kenedna in the G2 O’Shea Stakes at the same track on June 1.

He then showed a return to form when third to stablemate Sixties Groove in the G2 Brisbane Cup (2400m) at Eagle Farm on June 8 before his Tattersall’s Cup effort.