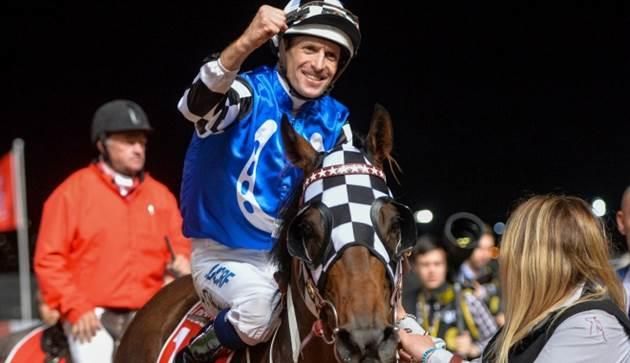 The Darren Weir-trained entire was able to settle in the three-wide line with cover and importantly, only spotted race leader Invincible Star three lengths at the mid way point of the race.

Bowman tracked eventual runner-up Spirit of Valour around the bend and claimed the lead inside the final 50m, edging out the Aidan O’Brien-trained sprinter by a neck, with a one-length margin back to the fast-finishing Kementari in third.

Bowman, who is a long odds-on favourite to win his fourth consecutive Cox Plate on Winx, said the last-start Everest runner was suited back to The Valley and by the addition of blinkers.

Weir praised Bowman’s positive ride and confirmed that the VRC Sprint Classic (1200m) was the likely next target for Brave Smash, who now boasts two Group 1 weight-for-age victories in the last 12 months for Australian Bloodstock.

Tony McEvoy was left to rue a missed opportunity post-race with three-year-old Sunlight who failed to obtain clear running at several crucial stages of the race, while Houtzen’s running was severely impeded in the final 50m of the race, which appeared to cost her a top-three finish.

Oisin Murphy, who rode Spirit of Valour, was suspended for 15 meetings for high-range careless riding in the final 50m of the race, while Dylan Dunn was also handed a nine meeting ban for careless riding on Jungle Edge.