Brave Smash does connections proud in The Everest 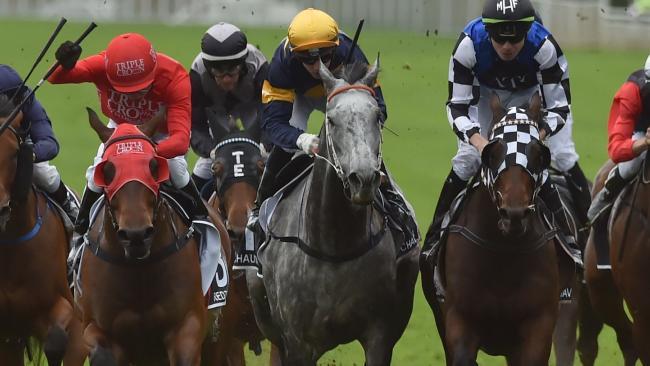 Brave Smash gave owners Australian Bloodstock a huge thrill when he made a charge after Redzel halfway down the straight.

“I thought for a few strides there Brave Smash was a big chance,’’ said Jamie Lovett of Australian Bloodstock. “He is a very, very good horse and to run third in the Everest is tremendous. But full credit to the winner, Redzel, and isn’t it a good story.

“That is another good thing about the Everest because all the critics, the narks, said this was a race for the ‘multis’ only but a syndicated horse has just won the $10 million race — that wouldn’t happen anywhere else in the world.’’

Lovett said he is already sourcing world racing tying to find another sprinter to set for The Everest next year.