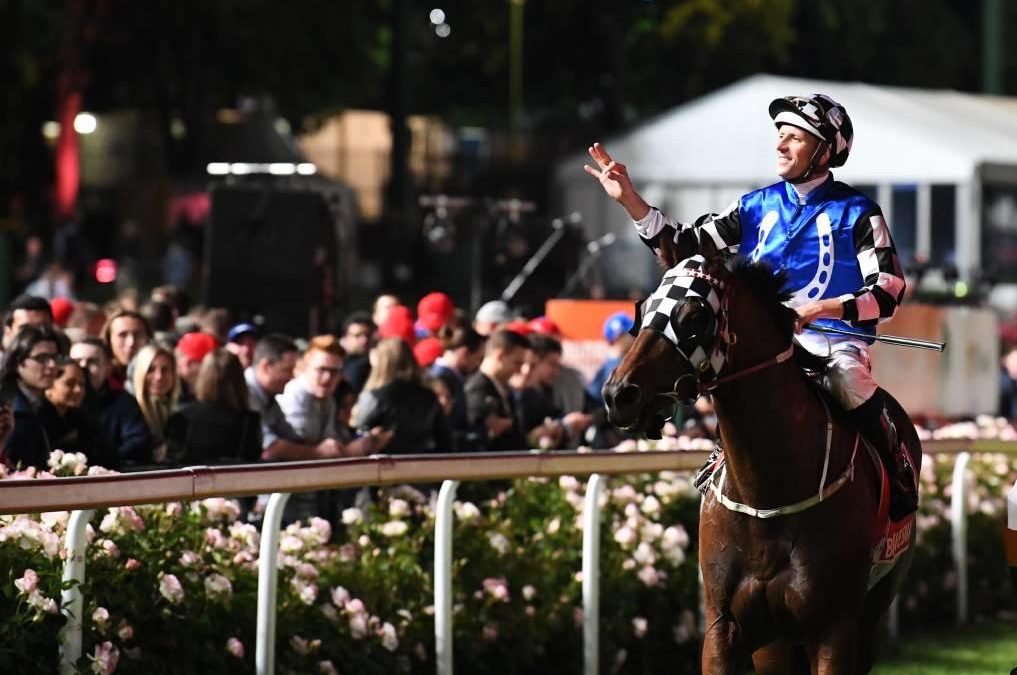 OWNERS of Newcastle-trained Brave Smash were satisfied with a mid-track draw for the $A2.8 million Al Quoz Sprint (1200 metres) at Meydan in Dubai on Saturday night.

Newcastle trainer Kris Lees and Hunter syndication team Australian Bloodstock were at the draw on Wednesday night (AEDT), where Brave Smash drew six of 13 for the World Cup race on Saturday (12.30am Sunday AEDT).

Australian Bloodstock director Luke Murrell was hoping to avoid an inside draw and the worst part of the track for the straight race.

“It’s not the inside, which is fine, and he gets cover from there.”

Brave Smash won the group 1 Futurity and Manikato stakes with now-banned Victorian Darren Weir and has had three runs for Lees, finishing fourth in the C.F Orr, seventh in the Futurity and third in the Newmarket.

He was less than a length away from winner Sunlight in the Newmarket Handicap (1200m) down the straight course at Flemington on March 3 in one of his highest-rated performances.

Murrell said Brave Smash, which is set to stand at stud with part-owners Aquis, had travelled well and was primed for the race.

If he runs well and recovers, Brave Smash is likely to back up in June at Royal Ascot for races like the King’s Stand and the Diamond Jubilee.

Murrell said a group 1 victory overseas for Brave Smash, which is already a stakes winner in Japan, would likely boost his fortunes at stud.

“If he won over there, it might add something to his value, especially at Ascot,” he said.

“And it would open up the chance to stand him over there in our off-season.”

At home, Lees and Australian Bloodstock have Red Cardinal and Big Duke in the group 1 Tancred Stakes (2400m) at Rosehill on Saturday.

Both drifted in betting on Wednesday with TAB Fixed Odds. Red Cardinal went from $4 to $6 after drawing 12 and Big Duke $8 to $12 after gaining nine.

Red Cardinal has won his two starts for Lees on rain-affected ground after being transferred from Weir.

The seven-year-old could get the ideal conditions again. Big Duke and Tancred emergency Doukhan were second and fifth respectively for Lees and Australian Bloodstock in last Saturday’s Manion Cup.

“We’ll monitor the track conditions for both,” Lees said.

Meanwhile, two-time group 1 winner In Her Time has a hoof issue which is set to rule her out of the TJ Smith Stakes at Randwick on April 6.

“She has been nominated for the group 1 Chairman’s Sprint Prize at Sha Tin at the end of April, and the Brisbane winter carnival is also approaching,” Lees said.

“But we’ll just have to see how she progresses before determining any immediate plans.”