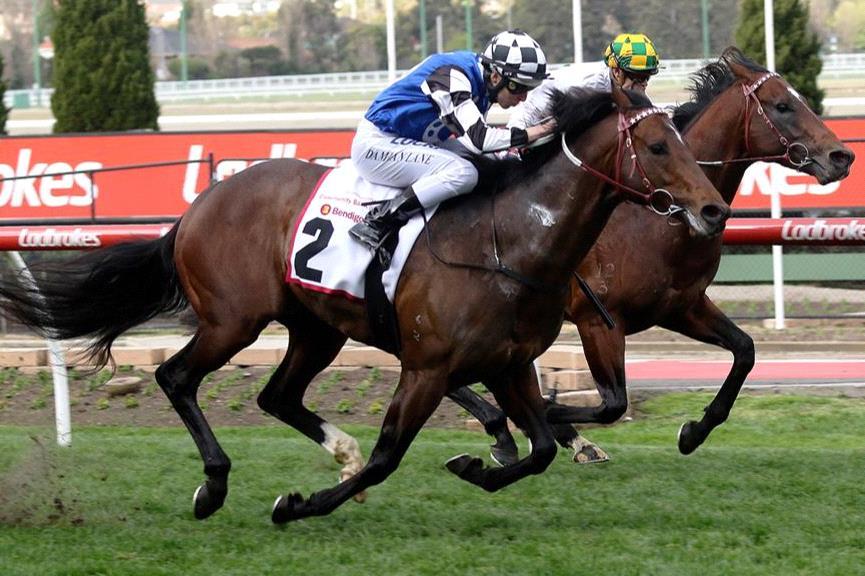 Brave Smash is a double-figure odds but the local press were “in awe” of the Kris Lees-trained galloper’s work at Meydan leading up to Saturday’s Al Quoz Sprint (1200m).

Sportsbet has Brave Smash as a $15 chance in Al Quoz Sprint betting but the Emirates Racing Club scribes gave a glowing assessment of Brave Smash’s work down the straight on Tuesday.

“He was lending his services to the connections of one of his major rivals, partnering Brave Smash for handler Kris Lees in a sharp straight track gallop that left onlookers in awe,” the Emirates Racing Club journalists wrote.

Lees’ representative Maddie Raymond told the ERA the trainer wanted a jockey to give Brave Smash a strong hit-out to prepare him for the $2million contest.

“It was a good piece of work, we just wanted him to have a look around to familiarise himself with the environment,” Raymond said.

“It was decided that we wanted a jockey to ride him in this morning’s gallop and Anthony has spent a lot of time in the same barn as us with Brave Smash.

“He’s a good jockey and he gave him a solid tune-up this morning.”

Brave Smash ran a solid third to Sunlight in the Group I Newmarket Handicap at his last outing on March 9.

Raymond said the stallion has enjoyed his new surroundings in the Middle East.

“He’s really well, he’s eating up and just taking it all in his stride,” Raymond said.

“I think he really relishes being in a new environment, it just switches him on and he really enjoys it.”

Hugh Bowman, who won the Group I Manikato Stakes on Brave Smash in the spring, will ride the former Japanese sprinter in the Al Quoz Sprint.