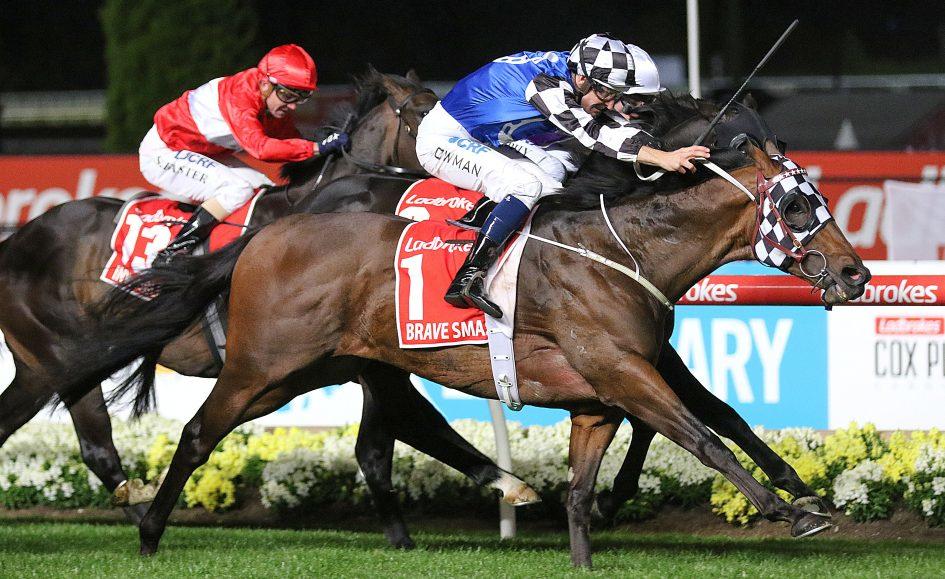 The in-form 5YO Darren Weir trained sprinter has amassed more than $3.3 million in prize money and will line up in the Group 1 VRC Sprint (1200m) this Saturday at Flemington.

2018 has been the best year on the racetrack for Brave Smash (Tosen Phanton (JPN) x Tosen Smash (JPN) in Australia winning the Group 1 Futurity Stakes (1400m) at Caulfield.

Brave Smash’s credibility as a top class Australian sprinter was also boosted by a game third placing in the inaugural running of the world’s richest turf race The Everest (1200m) at Randwick behind Redzel last year.

Aquis Farm CEO Shane McGrath is delighted to have secured the horse during a momentous week for the organisation having won the Group 1 Victoria Derby (2500m) with Extra Brut and the Group 1 Coolmore Stud Stud Stakes (1200m) with Sunlight.

“He’s a genuine top class racehorse, multiple Group 1 winner of the Manikato and Futurity Stakes. He’s beaten the best sprinters in the land in his Group 1 wins, and only went down a small margin when second in the G1 Newmarket Handicap,” said McGrath.

“He is such a tough, consistent horse, he’s won in Japan as a 2YO and has consistently raced against, and beaten the best horses going around in Australia.”

“We are delighted to have him, and look forward to him enhancing his reputation on Saturday in the Group 1 VRC Sprint Classic,” he said.

“We found the decision to buy into Brave Smash in partnership with Aquis a very, very easy one,” Glenlogan Park principal Jon Haseler said.

“Physically, Brave Smash is built in the same mould as some of the most successful sires in the country right now and his bloodlines dictate that when he retires to the breeding barn he will be the perfect outcross for the huge number of Danehill line mares available.”

“He is unquestionably amongst the most elite sprinters in the land. He beat 8 Group 1 winners at his two Group 1 wins and was the first entire home in the initial running of The Everest last year.”

“We look forward to sharing in his future racing and to partnering Aquis in ensuring he is given the very best opportunities when he retires to stud,” he said.