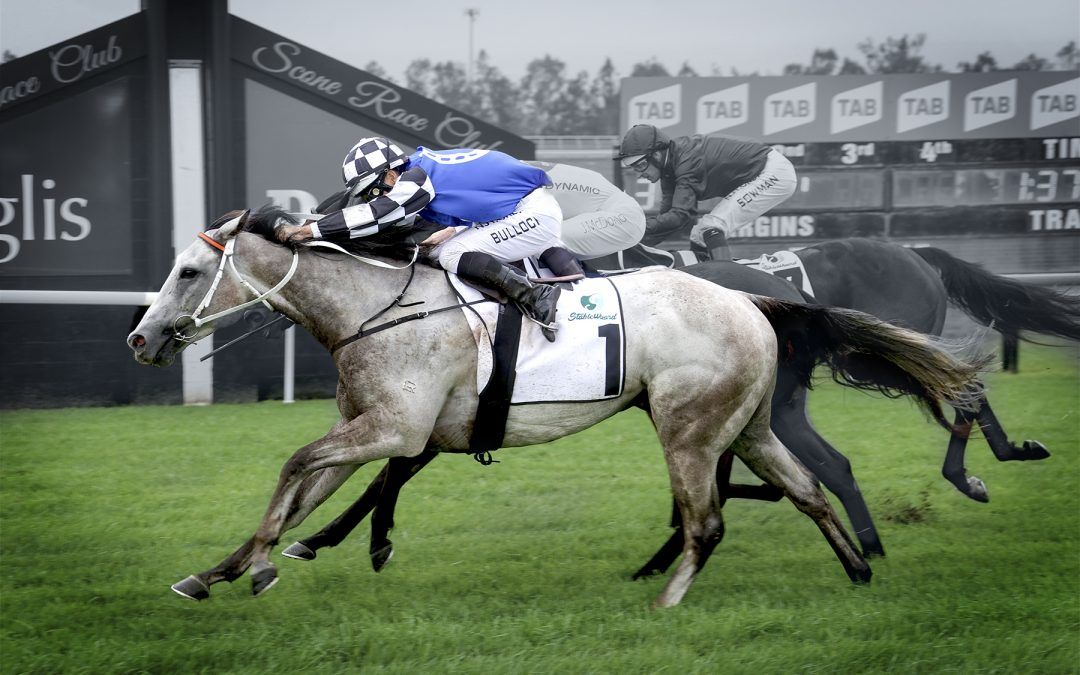 If there’s one thing jockey Aaron Bullock has learned about promising import Baltic Coast it’s that he has a strong will to win and it’s an attribute he says will take the grey a long way.

The Kris Lees-trained four-year-old has impressed Bullock with his two wins from as many starts in Australia, performances which have earned him the right to step up in grade in the Hyland Race Colours Handicap (1600m) at Warwick Farm on Wednesday.

Bullock, who often plays understudy on the emerging Lees gallopers, said from his first gallop he sensed Baltic Coast had above average talent and is looking forward to seeing how he measures up in town.

“He’s got the ability, he’s got a will to win and he’s got toughness,’’ he said.

“His toughness is what I like about him the most. When the going gets tough he fights.”

Baltic Coast was far too good for maiden company in his first local outing back on April 9, gliding through the heavy at Newcastle for a dominant win, but it was his Scone victory almost three weeks ago that stamped him as a horse of the future.

After a slow start, the gelding chased down his rivals carrying a big weight in a Class 1 over a mile.

“I always felt I had more there because I know the horse well,’’ Bullock said.

“I had to pick him up twice and get him balanced and give him that confidence. Full credit to him, he launched late and we just got there. It was a good feeling actually.

“He wins first-up over 1400m then he wins a 1200m trial and is five weeks between runs and he wins over a mile on a heavy with 61kg. Not many horses can do that.”

Bullock is adamant there’s only upside to Baltic Coast, $5.50 with TAB Tuesday, but is wary of the fact he’s remaining at a mile for his third start.

But after trackwork on Monday, where he gave the grey a leisurely gallop, he’s convinced the horse is fresh enough for the trip not to be too short considering the testing conditions he’ll face again. Plus, he’s learned many times not to second guess Lees’ placement.

“I was assuming he’d go third-up over a fraction further but Kris will do the right thing by the horse,’’ he said.

“He feels another run at a mile will do him well and I’m not going to question it. He’s proved me wrong plenty of times.

“If we get a tempo that we got at Scone I feel he will perform again. He’s been kept fresh enough for the run at a mile.

“I’m not sure how far he will get but he will definitely get 2000m and he will win bigger and better races for sure.”