Connections hope to spark the best in Graff for Stradbroke Handicap 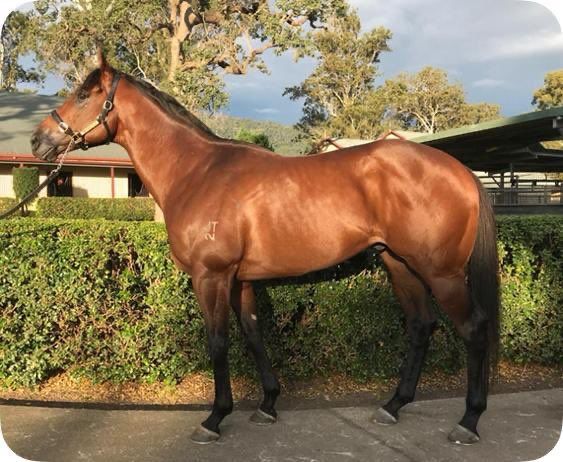 And Murrell knows Graff is far from a sure thing in the Stradbroke Handicap (1400m) on Saturday, based on his most recent effort.

But Murrell couldn’t resist the odds on offer for the Kris Lees-trained stallion prospect in the group 1 feature at Eagle Farm.

Graff was $26 with TAB Fixed Odds on Friday after a disappointing fifth in the listed Luskin Star Stakes (1300m) three weeks ago.

Before that, the four-year-old was a half-length away in the Hawkesbury Rush (1100m) in his first start for his new owners. He was a regular top-four performer at group level for original owner Alan Bell and was fifth in the 2018 Everest.

Murrell hoped a change of scenery in Queensland, a good draw in two and lightweight could turn around Graff’s fortunes. He has 52 kilograms but jockey Sean Cormack will ride at 53kg.

“I don’t usually back my own horses, but I’ve had a big bet each-way on Graff,” Murrell said. “I think the longest he should be is $9.

“He was horrible the other day but it’s the only time, apart from when he’s had excuses, that he’s ever dogged it. But his run before that would nearly win it, so I think he’s a great hope.

“From that gate he does no work, Kris has taken all the gear off him, he’s had a week away at Aquis and a week at the Gold Coast. That’s all new for him.

“It’s not a case of him not having the ability. It’s just getting him to spark up for the race. He’s not a good worker, and they reckon his work on Tuesday was sensational.”

Aquis are 50 per cent owners in Graff, which they hope can win to boost his stud value. His last victory was the 2018 group 3 San Domenico.

“I think if he ran super, he’d probably retire,” Murrell said. “But it’s up in the air. I just want to win and have that good decision to make.”

Lees and Australian Bloodstock also have Chief Ironside ($34) in the race but he has drawn gate 14 of 18.

“There’s not a lot of races around for him, so this will keep him ticking over and he’ll be hard to get past if he can jump well and get to the front,” Murrell said.

“Graff is a bit enigmatic,” Lees told AAP. “He’s hard to get a strong line on.

“I was a little disappointed in his last run, but that said we’ve just changed things around. He’s been up in Queensland for a little while now. He produced a really good gallop on Tuesday and he’s got a soft draw so there’s a few positive factors there.

“You can’t be overconfident with him, but at his best he’s certainly capable.”

“I was really pleased with his Scone Cup run,” Lees said. “He was attacked mid-race and left a sitting duck late and just getting run down with his big weight.

“He’s come out of it really well and we’ve decided to add blinkers to his gear because he’s coming back in trip. I think he is a sneaky chance with luck in running.”