Could a Japanese runner scale the Everest? 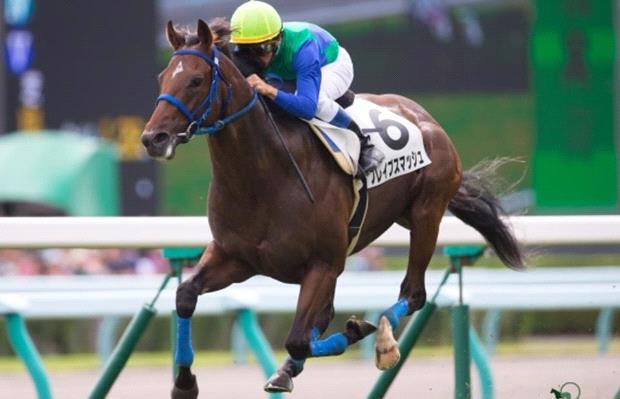 A Japanese galloper could be a left field contender for the $10 million Everest in October.

Syndicator Australian Bloodstock has purchased two Japanese performers with the entire Brave Smash a possibility to take spot in Australia’s richest race in Sydney in the spring.

Australian Bloodstock co-founder Luke Murrell says the company has started talks with a couple of the Everest slot holders with an eye on Sydney’s newest initiative.

Brave Smash has won twice in 13 starts but Murrell said the son of Tosen Phantom, which has earned more than 27 million yen ($A925,000) in stakes, was among the best credentialed of the Japanese horses to head to Australia.

Brave Smash was a stakes winner in Japan as a two-year-old while he finished fourth in the Group III Yukan Fuji Sho Ocean Stakes at his last run at Nakayama on March 4.

Brave Smash was tried as a stayer last year but failed in the Japanese Derby before his form improved over shorter trips in his last three runs.

“In terms of Japanese horses to come to Australia to race he has as much or more ability than anything Japan has sent here,” Murrell said. “We feel a race like the Everest will be a real chance.

“We would only run if we feel he would run top two and based on his Japanese form if the race was run tomorrow id be extremely confident to say he could do that- his something pretty special.”

Darren Weir will train Brave Smash, who will arrive in Australia on May 1 along with the Newcastle-bound Hallelujah Boy.

Kris Lees will train Hallelujah Boy, who is the winner of two of his 12 starts. Murrell said the import was a hopeful for handicaps in Melbourne in the spring.

“He has the most amazing turn of foot,” Murrell said. “His ratings suggest he will be extremely well placed in the big Group 1 sprints and mile races in the Spring and the Rupert Clarke and Emirates Mile will be the obvious races for him

“The Japanese expert we spoke to feels he is a much better horse than the likes of Hana’s Goal that won the Group 1 All Aged Stakes here and being a handicap horse we should be able to beat the handicapper and provide us with a number of options.”