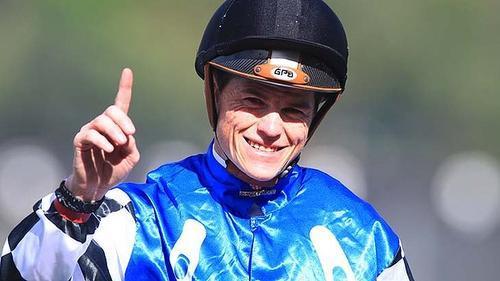 Craig Williams returns to Melbourne racing on Saturday for the first time since late April, but it is likely to be only a cameo appearance.

As much he is looking forward to riding on his home tracks again, the much-travelled Williams is also preparing to take off for Dusseldorf to partner the unbeaten favourite Salomina in Monday’s Group One German Oaks.

Salomina, who has been purchased by Luke Murrell and Jamie Lovett of Australian Bloodstock, could then follow Williams home to Melbourne where she would be prepared for a Cups campaign by Anthony Freedman.

Murrell and Lovett acquired Salomina after she won the Group Three Lotto Hamburg (2200m) on July 5 at her third start.

A decision will be made after Monday’s Oaks whether Salomina comes to Australia or remains in Europe to contest the Prix de l’Arc de Triomphe which her stablemate Danedream won last year.

“She will be entered for all the major races, but a decision on whether she comes to Australia or continues her European campaign until the end of the year will be made after the German Oaks,” Freedman said on his website.

“Whether she is a Cups or Cox Plate horse this year or next year, we will do what is right for the horse to get the best result.”

Williams came into Salomina’s riding plans after her regular jockey was suspended.

He has also ridden winners for Murrell in Sydney and New Zealand.

“It’s a great opportunity to go over there and ride a horse that is obviously as good as this one,” Williams said.

Lucas Cranach hasn’t raced since his third in the St George Stakes in February after which he underwent minor surgery to remove damaged bone.

Mawingo’s Doomben Cup was Freedman’s first Group One win as a trainer in his own right after his brother Lee stepped back from the family operation.

His third in the Brisbane Cup (2400m) qualified Mawingo for the Caulfield and Melbourne Cups.

Freedman said another recent acquisition, Argentinian Val Champ, had settled in well but had yet to be asked to do any serious work.