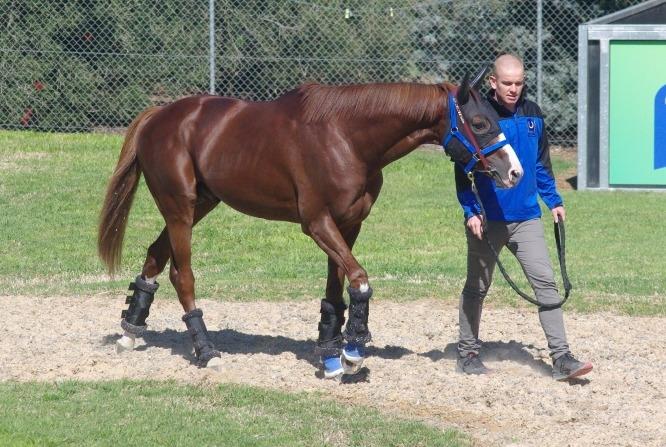 Japanese horse Admire Deus has arrived in Melbourne in preparation for the major spring Cups.

Admire Deus was bought by syndicator Australian Bloodstock earlier this year and has joined the stable of Victoria’s premier trainer Darren Weir.

After completing pre-export quarantine in Japan, Admire Deus flew into Melbourne on Tuesday before being transported to Racing Victoria’s international centre at Werribee racecourse.

He is the first of the overseas competitors for this year’s spring carnival to arrive at Werribee where he will remain until he has completed quarantine on October 14.

Jamie Lovett, a director of Australian Bloodstock, said reports were that the horse had travelled well.

“He ate up and drank plenty of water,” Lovett said.

“That first 24 hours you’re always keeping a close eye on them, making sure they don’t spike a temperature or anything but as I understand it he’s in really good shape.

“I know he was in very good order prior to getting on the plane. We couldn’t have been happier with the way he had done in quarantine, so I’m pretty pleased with what I’ve heard out of today.”

Admire Deus is on the third line of betting for the Melbourne Cup and the plan is for him to also contest the Caulfield Cup 2017.

“I would think so, talking to Darren Weir,” Lovett said.

“Provided he is happy with the horse and obviously once he has a couple of gallops at Werribee we’ll get a better indication. But at this stage we are hoping that we could run in both Cups.”

The seven-year-old has not won since 2015 but has been placed in four Group Two races since and was beaten less than two lengths when fourth in the Group One Tenno Sho (3200m) on April 30 at his most recent start.

“If he was to bring that form to a Caulfield or Melbourne Cup in the past 15 years I would say that would put him right into the money.”