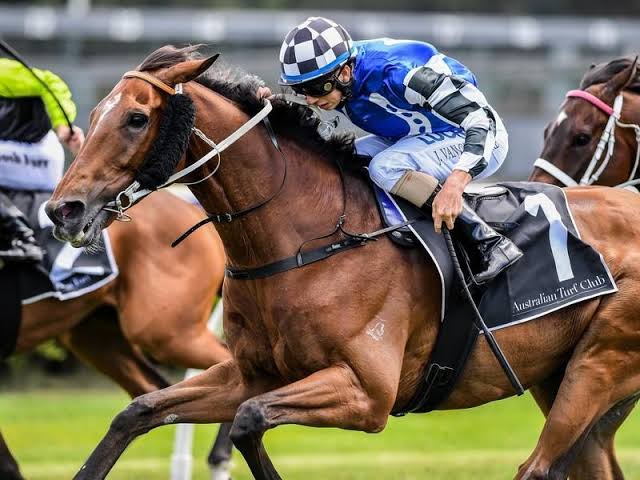 The Australian Bloodstock-raced pair of Saunter Boy and Doukhan will represent the stable in the last two-mile contest of the 2018/19 Australian racing season.

Doukhan goes into the handicap contest after coming within half-a-length of ending a 600-day hiatus from the winner’s stall in the Stayers’ Cup, over the same trip, at Rosehill on June 29.

Lees said the evergreen stayer was in good shape but his concern is the improving surface up north with the track rated a good (4) and the forecast not showing any signs of rain.

“I’m just hoping it doesn’t dry out too much for him,” he said.

“You know he’ll run the trip and while he hasn’t won for a while, his form of late reads pretty well for a race like this.

“He’s probably going to be giving them a start and his problem is he lacks that killer punch.

“He’ll run well, he normally does.”

Bookmakers have Doukhan the shortest price of the Lees duo at $4.80 while the stablemate Saunter Boy is an $8.50 chance but the trainer suspects the latter is his best chance of the pair.

Saunter Boy has caught the eye in his three Australian starts since arriving in the country after racing in the UK.

“He’s a progressive stayer,” Lees said. “Over 2400m he just lacks that turn of foot and I think he’s going to be suited up to the two miles.

“I’ve put the blinkers on him on Saturday and I think he’s ready to peak here.

Larry Cassidy takes the reins aboard Saunter Boy while Doukhan will be ridden by Ronnie Stewart.

This story originally appeared at racenet.com.au