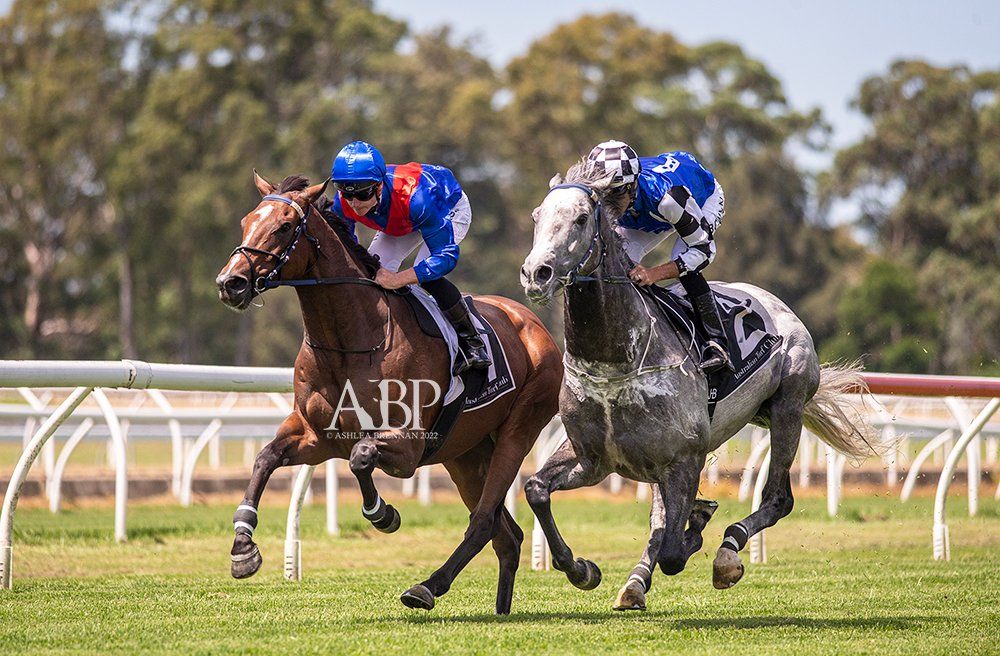 Story by Nicholas Llyod for horsebetting.com.au

Top Ranked will kick off his Autumn Racing Carnival campaign in this Saturday’s Group 1 Chipping Norton Stakes over the Randwick mile.

The Annabel Neasham-trained six-year-old has only had one Australian start, running third in The Hunter at Newcastle in November, but he boasts some high-quality European form including a Group 3 and a Listed victory.

Now owned by leviathan syndicate Australian Bloodstock, the talented grey entire will resume in Sydney’s first Group 1 of the year, where a clash with Verry Elleegant and Think It Over beckons.

On the back of two trials and a very impressive piece of work alongside Zaaki in preparation for his first-up run, the market gravitated towards Top Ranked, with online bookmakers winding in the son of Dark Angel from $26 into as little as $6 for the $600,000 feature.

Australian Bloodstock’s Jamie Lovett told HorseBetting on Monday morning that the former international has “pleased” them ahead of Saturday.

“Annabel has obviously been delighted with the way that he’s come up,” Lovett said.

“He had that good surging gallop with Zaaki between races the other week which we were pleased with, and then (Hugh) Bowman was asked to give him a good hit-out at the trial, which he obviously did – sort of give him a dig – and we thought he trialled very well.

“At this stage, I would suggest, whether he’s up to winning first-up at a mile would be argumentative (sic), but certainly I think he’ll run well.

Top Ranked does hold a nomination for the $5 million All-Star Mile, but he would have to earn himself a wildcard entry into the race in order to give Australian Bloodstock a chance at going back-to-back in the race after Mugatoo won in 2021.

While a berth in the March 19 feature Flemington would be well received, Lovett suggested that it wouldn’t be the end of the world should the big grey not gain a start in the race.

The champion hoop is yet to be booked for anything after Saturday, however, as the entire’s allocated weight in a race like the Doncaster Mile is yet to be decided.

“We always thought he was a Doncaster horse when we bought him and that’s still the plan,” Lovett said.

“I’d say if he races well Saturday, he’d put his hand up to get a wildcard into the All-Star Mile, and Annabel is keen to take him to Flemington.

“That being said, I wouldn’t want to run him on a really firm deck, which you can get in Melbourne, so… if we get the opportunity that he gets a spot, then we’ll obviously keep the options open, but we always said the Doncaster at Randwick was his go.

“He’s (Bowman) booked in the Chipping Norton. He obviously won’t be in Melbourne if we got a run in the All-Star Mile, but obviously it depends on how well he goes whether we keep Hughie on or whether he wants to stay with him – it would depend under the handicap what weight he got as well.”

The galloper’s best form has come over 1600m, although his previous connections never stepped him out beyond that trip, so his ability to race over anything further is a big unknown.

Lovett said the Group 1 Queen Elizabeth Stakes (2000m) could be an option if the horse gives any indication that he will see out the mile and a quarter, but it would mean he would have to back-up seven days after the Doncaster.

Top Ranked is currently an $18 chance in the All-Star Mile with Ladbrokes, while he is a $15 chance in the Doncaster Mile and a longer $41 hope in the Queen Elizabeth Stakes.