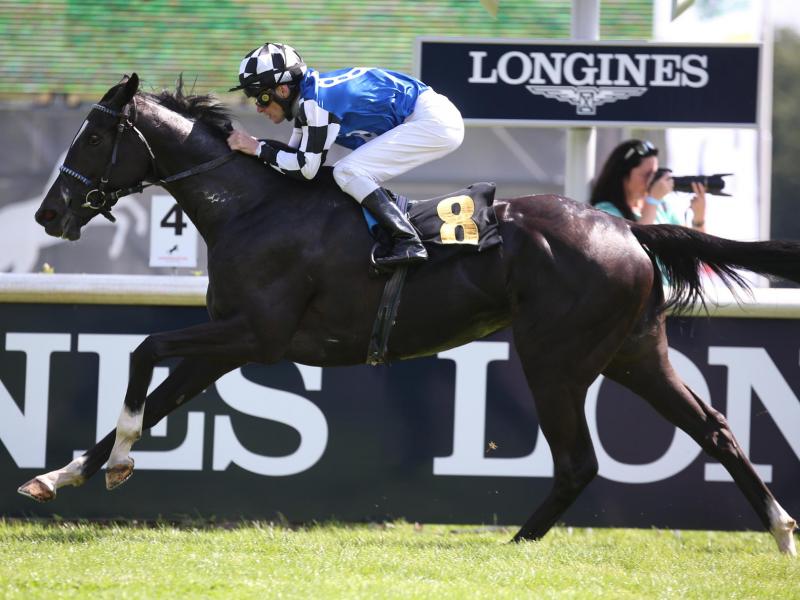 Australian Bloodstock enjoyed dual stakes victories in Germany at the weekend with Protectionist and a filly who will be aimed at the Melbourne spring carnival.

Like Protectionist, Double Dream is trained by Andreas Wohler and having raced in second place to the home turn proved 1-1/4 lengths too good for Gereon in the run home.

Purchased towards the end of last year, Double Dream is a daughter of Lawman and closely related to Group I Queen Elizabeth Stakes winner Reliable Man.

“She’s a filly that has not had the best of luck this year but it worked out right at the weekend and she did it nicely,” Murrell said.

“Andreas feels she is definite Group class so we’ll look at a race in France for her next and then here for the spring – unless she is sold,”

Australian Bloodstock won the 2015 Preis der Diana (German Oaks) with Turfdonna before selling her to Shadai Farm in a private negotiation.

“We’ve had success selling on some fillies but if she is not sold then she will travel here and we’ll look at the mares races with her,” Murrell said.

“A race like the Myer Classic at Flemington looks ideal.”

Accompanying Double Dream to Australia will be Red Cardinal, who passed the first ballot clause for the 2016 Caulfield Cup with his third in Saturday’s Group III Geoffrey Freer Stakes over one mile five furlongs at Newbury.

“We only completed his sale last week so it was satisfying to see him run well at that level,” Murrell said.

A four-year-old son of Montjeu, Red Cardinal had won his previous three races before Saturday for trainer David Simcock.

“The problem with this horse will be his rating and it could well be he will be too low in the weights to gain a start in the Caulfield Cup,” Murrell said.

“This year might come a bit soon for him but he’s a lovely horse for Sydney in the Autumn.”

You can see Double Dream win the Hoppegartner Sommerpreis below.