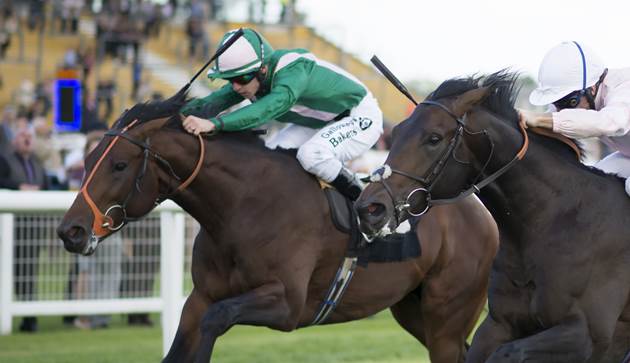 Melbourne Cup-winning syndication company Australian Bloodstock has strengthened its hand ahead of this year’s Melbourne Spring Carnival by gaining a controlling share in the William Haggas-trained Raheen House.

Raheen House, who is one of only two horses to have finished ahead of champion mare Enable, is pre-post $9 third favourite to win this Saturday’s £1m (A$1.8m) Ebor Handicap (2787m) at York.

Monday’s five-day acceptance stage for the Ebor – Europe’s richest flat handicap race – has 56 horses remaining in contention for a spot in the 22-horse field.

“How he fares in the Ebor will determine his weight and capacity to run in those races and so we’ll screw down what we do after the Ebor,” Lovett said.

“He’s a horse that rates very highly and he has been specifically set for the Ebor.

“He’s very strong at the end of his races and he hasn’t run in a lot of races with really big fields where they’ve run along. I’m dying to see this horse off in a big field off a hot speed.

“It’d be lovely to hit the target in the Ebor because it’s worth £1m. But he’s still got plenty to offer and there’s a lot of nice races with him in Australia into next year.”

Raheen House started his career with trainer Brian Meehan, winning one of four starts as a two-year-old, which included a fourth-placing in the G1 Racing Post Trophy (1609m) at Doncaster behind Rivet, Yucatan and Salouen.

Raheen House then won twice at Stakes level as a three-year-old, which included finishing second in a three-year-old race over 2012m at Newbury where Enable, at just her second start, ran third in the race won by stablemate Shutter Speed.

That’s the only time Enable, who is attempting to win the G1 Prix de l’Arc de Triomphe (2400m) for the third-successive year this October, has lost during her 13-start career.

The son of Sea The Stars ran fourth or fifth in small fields at Stakes level from four starts as a four-year-old before joining Haggas.

Raheen House has raced twice for Haggas as a five-year-old this year, placing both times over the Ebor course and distance. He was runner-up to Melbourne Cup contender Gold Mount in the Listed York Grand Cup on June 15 and third to Red Verdon and Gold Mount in the G3 Silver Cup Stakes on July 13. 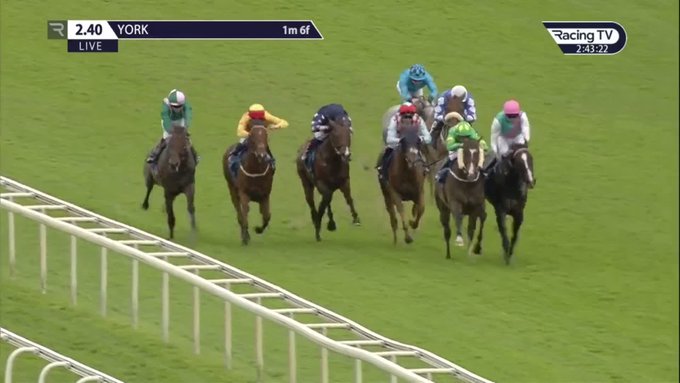 Australian Bloodstock, who won the 2014 Melbourne Cup with Protectionist, will have an interest in two Ebor runners. Just last week the syndication company acquired a controlling interest of the Ger Lyons-trained Mustajeer, who is also being prepared for the Caulfield and Melbourne Cups.

Meanwhile, the Australian Bloodstock-owned Danceteria is on target to compete three times during the Melbourne Spring Carnival according to trainer David Menuisier, joining Raheen House and Mustajeer on the first planeload of arrivals to Werribee quarantine centre on September 28.

“He’ll be leaving (Europe) on the 26th (of September), so he won’t run again in Europe this year. All being well, the plan is to run him in the Caulfield Stakes (2000m), then the Cox Plate (2040m) will be his main target and then probably the Mackinnon Stakes (2000m),” Menuisier told Thoroughbred Daily News.

This story originally appeared at racing.com