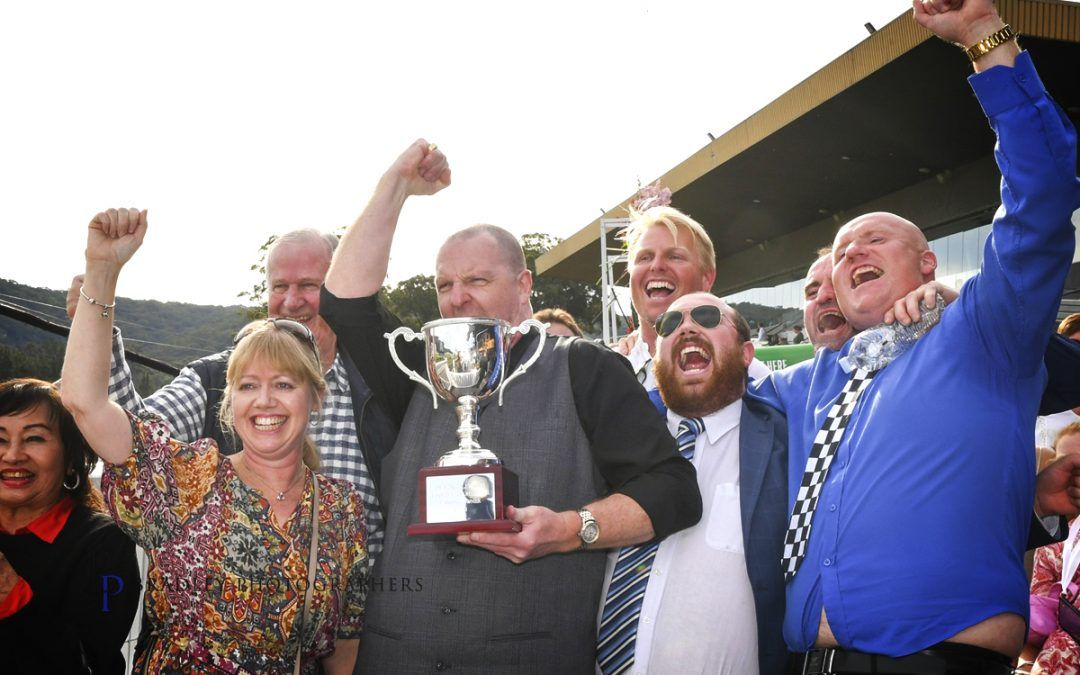 Kris Lees was confident he had found the right target for Enchanted Heart and he was proven correct when the mare bounced back from a last-start flop to post her first black-type win in the Listed Takeover Target Stakes at Gosford.

After scoring an upset win over exciting sprinter Lost And Running first-up, Enchanted Heart finished down the track behind the same horse on a firm surface at Randwick.

Back on her favoured soft conditions on Saturday, the daughter of Shamus Award responded to a patient ride by regular jockey Jason Collett to deny last year’s race winner Snitz by a half-length with leader Easy Eddie holding on for third another three-quarters of a length in arrears.

It was Lees’ third win in the Takeover Target Stakes (1200m) following victories by Captain Bax in 2008 and Tactical Advantage two years ago, and while he admitted it wasn’t a vintage edition, he said Enchanted Heart was a smart mare in her own right.

“There was good speed, a good, solid tempo and a lovely ride from Jason, he presented at the right time and got the job done,” Lees said.

“It probably wasn’t the strongest Takeover Target but they can’t take that off her CV and she’s a nice mare going forward over the winter.

“She can stay in this grade if the right race presents in Queensland with the right type of ground for her.”

Collett praised the Lees’ stable for their placement of the mare and said he was mindful of riding her quietly in the early stages after she over-raced last start.

He eased her to the outside around the home turn and she chased gamely to score her eighth win in 19 starts.

“She overdid things last start, didn’t get that cover and she didn’t settle, so today I was very neutral from the barriers to make sure she did things right in the first half of the race,” Collett said.

“She’s got a short sprint but over the 12 it’s fine. I came up short last prep over the 14 but knowing her really well definitely helps.”

Enchanted Heart was well-supported to start a $2.60 favourite while Signore Fox, who opened favourite earlier in the week, drifted to $5.50 due to his dislike for the rain-affected conditions.

He settled towards the rear and made late headway for fourth.