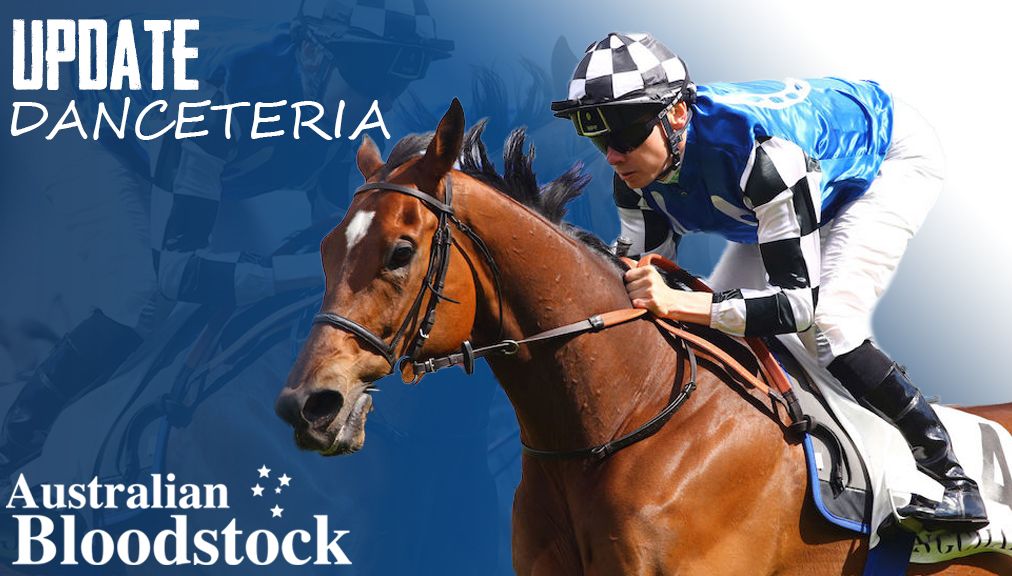 Danceteria became the first European Group 1 winner for Redoute’s Choice when he claimed the €155,000 (AUD$250,000) Group 1 Grosser Dallmayr-Preis – Bayerisches Zuchtrennen (2000m) at Munich at his latest start on July 28.

That was the performance which provided Danceteria with an invitation to the Cox Plate from the Moonee Valley Racing Club.

“I think he will definitely come on for the Caulfield Stakes but he is in a good place at the moment,” Menuisier said.

“He has had a very good preparation over the last three or four weeks at home, in quarantine at Newmarket and here (at Werribee). I’d like to believe we’ve been pretty spot on in his training.

“I couldn’t be more pleased with him and I’m looking forward to seeing him on Saturday and seeing what he can do.”

Danceteria has been a long work in progress for Menuisier. The horse was owned solely by the exuberant Clive Washbourn at the start of his career, purchased for 90,000 guineas (approximately AUD$180,000) from the 2016 Tattersalls October Yearling Sale.

“He was always a talented horse but he was always raw. He was a shell of a horse and that’s why we managed to buy him as a yearling for a fairly cheap price considering his pedigree,” Menuisier explained.

“In my favour Redoute’s Choice is not a fantastically popular stallion in Europe – I’ve always liked him personally. It was a matter of giving him time for the horse he has become.”

Danceteria was placed once from three starts as a juvenile, with Menuisier noticing he was a randy colt, but he opted to give him another chance as a three-year-old.

“His first run as a three-year-old came during the Craven Meeting at Newmarket and he ran an absolute stinker,” Menuisier said.

“He was literally screaming during the race as there was a filly in the field and he spotted her, mind you in those days it wouldn’t have mattered, a colt or filly, he wasn’t too fussed!

“I was so angry I went straight to the equine hospital to have him gelded straight away and he hasn’t looked back since.”

After being gelded Danceteria won his next four starts, between June and August 2018, and then ran three creditable races in strong company to end his three-year-old season.

“It then was a matter of getting the strength that he never had and he got that winter when turned out for two months. He’s matured physically and now we think we have a proper horse to go to war with,” Menuisier said.

And that’s reflected in the results. Australian Bloodstock bought a majority stake in Danceteria after his first-up victory in the Listed Prix Jacques Laffitte (1800m) at Maisons-Laffitte on April 10.

Danceteria will have three starts in Australia, all over 2000m at Group 1 level: Saturday’s Caulfield Stakes (2000m), the $5m Ladbrokes Cox Plate (2040m) at The Valley on October 26 and $2m Seppelt Mackinnon Stakes (2000m) at Flemington on November 9.

Meanwhile, stablemate Chief Ironside will make his debut for Menuisier on Saturday in either the $500,000 G1 Toorak Handicap (1600m) or Listed Weekend Hussler (1400m). He is currently 23rd in the Toorak Handicap elimination order, which has a capacity field of 18 plus four emergencies.

“He’s in very good shape, he’s only been with us for the best part of six weeks to two months,” Menuisier said.

“It’s taken a bit of time to get to know him. I think he has a very big engine, it’s a matter of finding the right buttons to press.

“He looks well, he’s really chilled and his work last Saturday was very good. I think we will learn more with him once he has a run.”