Exciting Flemington winner off to Weir 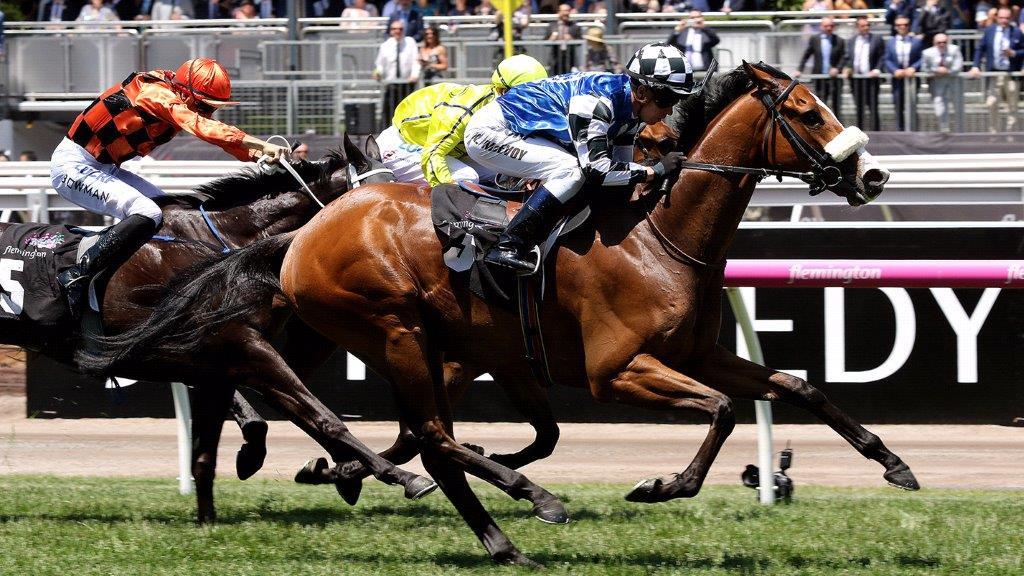 Melbourne Cup winning trainer Andreas Wohler says he’s handing over a “progressive galloper” to Darren Weir after Mr Garcia made an impressive start to his Australian career winning the Twitter Trophy (1800m) at Flemington on Thursday.

Mr Garcia, was the travelling mate to Wohler’s Melbourne Cup 11th placegetter Red Cardinal and both horses will be prepared for the remainder of their careers by Victoria’s champion trainer.

Wohler said he was confident of a forward showing by Mr Garcia and the lightly-raced son of Paco Boy (IRE) gave his supporters little need for concern when racing close to the speed before working clear in the straight to score a dominant win.

“It’s always nice to have a winner here, it doesn’t matter which race, it’s a big thrill,” Wohler said.

“He’s done his work really well (since arriving in Australia) and we were confident.

“I think they will have some fun in the coming races with him. He’s a progressive horse and that’s why I think he can certainly improve.

“I think he can get at least a mile and a quarter.”

Mr Garcia ($4.40 fav) defeated the Hayes/Dabernig’s Carraig Aonair ($17) by three-quarters of a length with the Chris Waller-trained Hogmanay ($6.50) a short-half-head away in third.

“They were going slower at the 500m than they were at the 1000m or the 800m, so I had to thread my way through the pack but he showed a nice turn of foot when I asked him to quicken,” winning jockey Kerrin McEvoy said.

“It looks like Darren Weir’s got another nice horse on his hands.”

“We didn’t have any joy here on Tuesday, but this horse has travelled out as a partner for Red Cardinal and it looked a nice race for him, and he won well.”