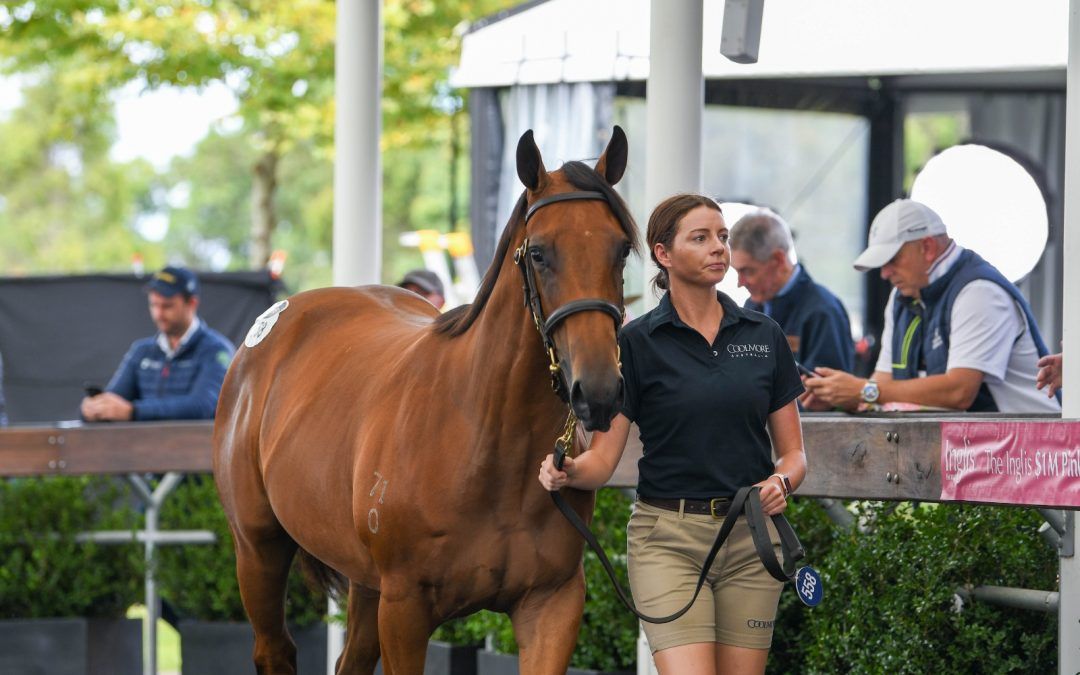 A $500,000 Fastnet Rock filly purchased by a group headed by Ciaron Maher Bloodstock highlighted the final day of a record-breaking Inglis Classic Sale, which saw the Book 1 average soar to a new best of $123,295.

Maher bloodstock manager Will Bourne said the pedigree presence of Silent Sedition, a $45,000 Magic Millions Perth Yearling Sale purchase that went on to make $1.5 million at the Magic Millions Broodmare Sale to Katsumi Yoshida, put plenty of residual value into the filly.

“She’s a quality filly and she’s got a good page,” Bourne said. “We bought her in partnership with Australian Bloodstock, Jamie Lovett and Luke Murrell. Last year at the Magic Millions Sale with the Snitzel colt out of Silent Sedition, we went hard on, he’s a lovely colt, he’s in the system at the moment so I wouldn’t be surprised if we get a pedigree update on the page in the next 12 months.”

That colt’s name is Ringleader, and he cost the same ownership combination $600,000 through the Arrowfield Stud draft. This time they went to $500,000 for another member of that family, which also features Group 1 winners Porto Roca (Barathea {Ire}) and Monterosso (GB) (Dubawi {Ire}).

“Being a filly, she was a great physical, but they have great residual and I thought it was a good investment for our clients,’’ Bourne said. “To throw a quality horse like Silent Sedition isn’t an easy thing to do as a broodmare so we know she can get one. It’s a proven stallion so she ticked all the boxes.”

“To throw a quality horse like Silent Sedition isn’t an easy thing to do as a broodmare so we know she can get one. It’s a proven stallion so she (Lot 558) ticked all the boxes.” – Will Bourne

The filly sold from the Coolmore draft and principal Tom Magnier said she represented a great opportunity.

“She’s gone to a great home,’’ he said. “Australian Bloodstock, they’ve had a lot of luck over the years, they’re great buyers, they always pick a good horse on type and the Fastnet Rock filly is just that.

Fiorentina, who has also produced the stakes-placed Perfect World (Pride Of Dubai), was secured by Magnier in partnership with Mark Pilkington for $850,000 in 2018. She produced a Merchant Navy filly last year and visited that stallion again.