Find Out Why Mawingo IS The Right Horse 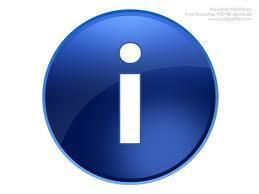 PEDIGREE
Sire: Tertullian, is by Miswaki out of a Trempolino mare, Tertullian won 12 races in Total (indicating his toughness) and was performed in all part of Europe including Germany, Italy and France. Tertullian is directly related the World’s best sire in GALILEO and other notable horses such as SEA THE STARS, KINGS BEST, URBAN SEA. Amongst a host of Black type horses. At stud he is a doing a terrific job having had a strike rate of 67% runners to winners and 11% winners to stakes winner. To put that into prospective our very own Encosta De lago is running at 66% and 11% respectively! Tertullian is also the sire of Bart Cummings recent import named ILLO who people might remember pushed Amercian in the Mooney Valley Cup this year.

Dam Montfluer was only raced twice due to a paddock injury in Germany. She is by the incomparable Saddlers Wells. Mawingo is her second foal to race and both are winners.

This race was Mawingo’s first career run and it was run on what would be a heavy track in Australian Conditions. We never place much emphasis on 2yr old form but his fight and tenacity in this race was evident and it proved to be a good form race. Interesting this meeting was a high class one as our very own Lucas Cranach ran this day and won. Whilst he never looked completely happy on the heavy track conditions he obviously had shown ability as he started equal $3 Fav. The fact that he started at 1600m suggests he has good speed and is versatile – ie he isn’t a genuine staying plodder!!

A breakdown of the form supports our statement it was a strong race as the following has since transpired from the race.

This was Mawingo’s 2nd career run and last run as a 2yr old (which is good because he wasn’t over taxed as a 2yr old and hence given time to mature). The form from this race has worked out terrific as you will see
Winner: Theo Danon – 9 career starts – 3 wins and 1 placing – His next start he raced in a Group 2 event and was beaten just 4 lengths. Since then he has won the German Derby Trial, beaten 2lengths in a Group 2 , failed in the German Derby G1 on the Heavy track, then won a Group 3 and then at his last start took on Byword in a Open Group 2 in France. Whilst he ran midfield here the winner is a Group 1 winner and Multiple 2 winner in Europe around horses like Goldikova (champion), Duncan, Rip Van Winkle (Champion). The second horse here was a Group 1 winner and next start came out and beat our very own SO YOU THINK!! The fourth horse was a Group 1 winner.

First up here for 27 weeks at 2100m – it seems he was sent to Cologne (Germanys 3rd largest city) for an easy kill. Starting at just $2.10 he won eased down. There were a number of factors that really stood out here. The first being the time that they run 2.18.26 with a last 600m in 35.70 – this meant they went out in the first 1500m in 102.56 which extrapolated is 2.23.58 running overall time. The fact they ran home to finish 2.18.26 suggest the sprint home is electric. Whilst the margin was only 4 lengths victory he was eased down the last 100m as obviously he was first up from a long spell. For his 3rd ever lifetime run this effort was terrific
You can watch this run here by clicking on the link:
www.youtube.com/watch?v=vcSnWtG2mys

Given 30 days from his first up run Mawingo started $2.20 Fav in this Group 3 race. Interestingly they rode him box seat and on the speed – which we believe is not the best way to ride him judging by his sectionals

. This race proved an exceptional form race and interestingly there was another 2000m older mare’s race on the card and they ran 9.5 lengths quicker which is a good effort for a 3yr old.

The winner of this race (Earl of Tinsdal) is currently for sale we are told for 2 million AUD. Prior to this run he was unbeaten in 2 starts and subsequently ran fourth in a Group 3 (Mawingo won this race), then ran 2nd in the Group 1 German Derby- Germans Richest 3yr old race- Then won a Group 1 in Germany, and then took on the older horses in a open Group 1 and started $1.80 Fav and ran 3rd to Campanolist beaten just 3 lengths. He has a record of 7 starts 4 wins and 2 placing’s and is obviously a world class horse
The second placed horse – SALTAS (whose owners have rejected 1.300,000 Aud earlier in the year) – has had 6 starts and has the envious record of 2nd in Group 3, 4th in a Group 2 beaten just 2lengths, 2nd in German Derby Group 1, 4th in a Group 1 vs the older horses beaten just 3 lengths and then recently he ran 3rd beaten ½ length when $1.50 fav in a Group 3
The 4th Horse is a multiple race Winner, Listed placed and Group 3 placed from just 6 starts
You can watch this race by clicking on this link:
www.youtube.com/watch?v=qe4MoGQ_zfo

This run was exceptional – interesting to note our theory that he runs better ridden cold – he was snagged here and ridden patiently – Also worth noting the overall time her was run in 2.07.18 – the race before was run in 2.08.40 or 6 lengths slower

A review of the form reads outstanding

2nd Placed Horse (Arrigo) Has a record of 5 starts 2 wins 2 seconds (which include 2nd in Group 3, 1st in Group 2 – his next start after running second to Mawingo, He then started 2nd Fav in the German Derby but didn’t handle the wet track- then he started second Favourite in an open Class Group 1 and ran second to Campanologist.
3rd Place Horse (Silvaner) – Has a record of 8 Starts 3 wins and 2 placing’s including 1st In Group 3, 4th in Group 3, third in Group 3, midfield in Group 1, 3rd in a Group 1,5th in Group 1, Group 3 winner!! You can watch this race by clicking on this link:
www.youtube.com/watch?v=d-cWPc3X4Mo

Whilst this was Mawingo first run where he was unplaced and this was his best run. This race was run on a heavy track and they went extremely slow early on and then sprinted home. He was ridden for luck this day and was back in the ruck on the rails. His turn of foot here was exceptional and his run was equal to or better than the winner. He looked to be a big raw horse in this field where the three who beat him home had much easier and better suited runs. This race is Germany’s best Group 1 event and previously has been won by some of Europe’s best horses. Mawingo started $8 in this race such was his form and ability.

Amongst the beaten brigade was one of England’s most promising horses in Brown Panther and who the owners have reported to have knocked back well over 2.5 million Aud

This was a high class field but a review of the run indicated that Mawingo whilst he ran a brave race a) raced to close to the lead but also in the worst part of the track but we feel b) that the horse raced flat and tired- When you consider that he first raced in the 3rd of April this year – it stands to reason that he would have started his training February and yet he is still racing in November and remembering he is still a very young horse in just his full second campaign. The other factor whilst he was only beaten 4 lengths to some very good horses – he was in the worst part of the track and was also ridden to close.

The form from this race was;
Winner : (Zazou) – Has a career record 16 starts – 6 wins 3 placing’s- which includes wins prior to this, Multi G1 placings,Group 2 wins, and Multiple Group 3 wins- Since finished 3rd in the HK VASE race
2nd Horse ( Rio De La Plata ) Has a career record of 26 starts 8 wins 11 placing and his highlights’ include , 3 x Group 1 wins, 6 X Group 1 places , Group 2 wins and Multiple Group 3 wins. Of his 26 start career only his first 2 runs in his career where not in Group class racing – This horse is running placing’s to Europe’s best races in Frankel and Excelebration!!
3rd Horse : (Voila Ichi ) Has a career record of 26 starts 11 wins, 10 places which includes 2 X Group 1 wins , 5 X Group 1 placing’s, and Multiple Group2 and Group 3 wins and like Rio De La Plate this horse has only ever raced at the top level
4th Horse: (Russian Tango) has a career record of 15 starts 6 wins, 3 placing and has a win against ILLO and started Favourite to our own Lucas Cranach on top of his many Group success
To watch the run click this link: www.youtube.com/watch?v=NvL0d7R2Vrk