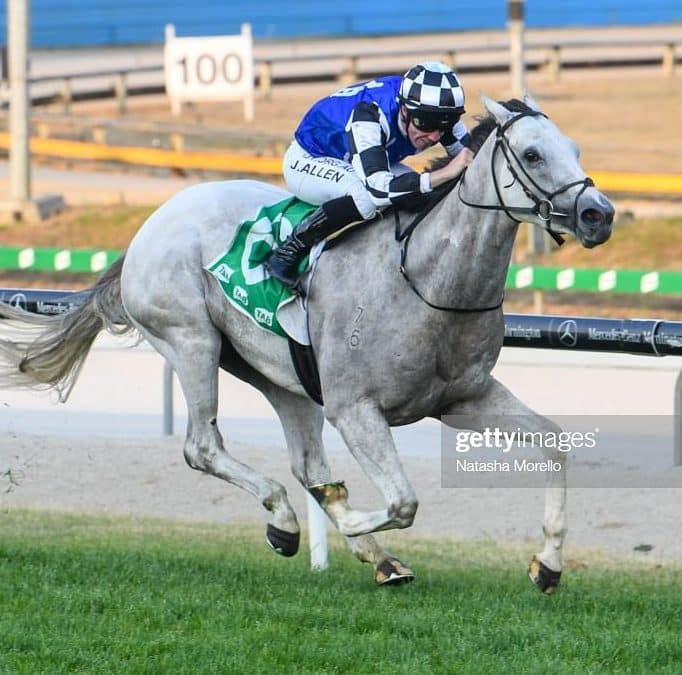 A son of Mawingo, who was Freedman’s first Group 1 winner in his own right when victorious in the 2012 Doomben Cup (2000m) and aptly wearing the same colours.

“Australian Bloodstock owned him and came into this horse after Anthony bought him for $14,000 in Tasmanian so the owners are going to have a lot of fun with him.

“We have had a couple of Mawingo’s through the stable and they have all shown good talent, he is certainly a stallion we will support in the future.”

Given the perfect ride by John Allen, sitting behind the speed before producing him into the clear on straightening.

The flashy grey quickly put three-lengths on his rivals and maintained that margin to the line.

“John gave him a treat of a ride, it all worked out nicely and he was far too good tonight” Freedman said.

“He has shown tonight he can run 1500 metres so if he can step up to 1600 metres and further it’s going to open a lot of options for him as a three-year-old.”