FRENCH RAIDERS TO BE UNLEASHED IN TWO STATES THIS SATURDAY 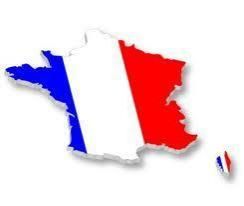 Two of our most promising horses will be unleashed this Saturday in what looks to be a exciting period for Australian Bloodstock and its friends.

Firstly the promising AWARD SEASON steps out for Kris Lees at Warwick Farm. Lees Stable is the Hottest stable in the country at present with a strike rate of 35% in the last month – leading the strike rate for all trainers around Australia. Award Season gets thrown in the dead end after some terrific runs in Australia. After flashing home in his first Australian run to run a close second on Debut- he then ran a solid 4th in Midweek company when knocking up in condition. Third Up he was produced at Muswellbrook where he smashed the record and won eased down. Saturday sees him thrown in the deepend into Saturday Grade against some good off season Stayers and K Mcevoy is booked. He should come up double figure odds and is a good Top 4 Chance.

Our next French Import is BREHAT who will be making his debut over 1600m. Brehat is a horse you will be hearing a lot more about and whilst he has the tempo, the heat, the track, the travel and the distance against him- he should be closely followed