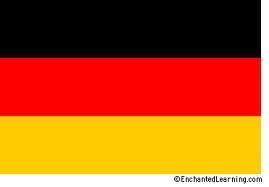 SUCCESS for Lucas Cranach in the $2.5million Caulfield Cup on Saturday would mean that German bred horses had taken out this month two of the world’s greatest races, one in each hemisphere and both at 2400m.The first leg was achieved at France’s Longchamp on October 2 when the 3-year-old filly Danedream romped to a five lengths win in new race record time of 2:24.49 in the historic Prix de l’Arc de Triomphe.

Acclaimed after the Arc victory as, on the day, simply the best middle distance horse in Europe, probably in the world, she was coming off two successive Group1 victories by big margins back home and thrashing winners of 27 Group1 races. Coolmore’s Australian champion So You Think was a strong finishing fourth.
Bought as a 2-year-old for only about $10,000, Danedream raced in the Arc in the ownership of the Volz family of Germany and Teruya Yoshida of Japan – bought into the filly not long before the race.
Another member of the Yoshida family owned the Japanese horses who finished first and second in the 2006 Melbourne Cup. It is a race which was won in1992 by Scone bred Subzero, a son of Kala Dancer, an imported sire by Nijinsky’s son Niniski, paternal grandsire also of Danedream.
She is by Lomitas, a competent German sire, and from Danedrop, an unraced Ireland sired daughter of Danehill, the current leading European broodmare sire, and Rose Bonbon (won at 2600m and Listed placed in France). Rose Bonbon was a half-sister to three Group1 winners, including Verte Amande (by Kenmare) and from the French St Leger winner Lady Berry.
Keltshaan, an American bred grandaughter of Lady Berry, produced six winners from use at the Arrowfield stud, including Kinshasa No Kiseki (12 wins to Group1 in Japan) and Catshaan, the dam of the Redoute’s Choice filly Absolutely, a big winner earlier in the year at Randwick of the Australian Oaks. She races for Black Caviar’s owner Rick Jamieson.
Lucas Cranach, the candidate to provide the second leg of a world Group1 double for German breeding by taking the Caulfield Cup, has raced nine times for five wins at 2400m to Group 2 in Germany. He was second in a stakes outing in France and fifth in a German Group1 won by Danedream.
Possibly better suited for the Melbourme Cup, Lucas Cranach is by Mamool, an Ireland bred winner of the Royal Ascot Queen’s Vase (3600m) and Germany’s Preis von Europa (2400m) by the Sadler’s Wells sire In The Wings, and from Lots of Love, a German bred winner to 1600m by Java Gold, an American bred winner of four Group1s. All the first eight dams of Lucas Cranach were bred in Germany or Italy.
Treated as a 5-year-old out here, but a northern hemisphere 4-year-old, Lucas Cranach has not raced since his run behind Danedream in late July, but has the benefit of European conditioning which should see him not lack for fitness.
In the Freedman stables at Rye, Victoria, he has been imported for Australian racing by Australian Bloodstock, a major racing operation headquartered at Rutherford on the perimeter of Maitland, Hunter Valley. Rutherford was the home a hundred years ago for John Mayo, breeder and owner of two Melbourne Cup winners, Lord Cardigan (beat Wakeful in 1903 and finished second in 1904) and Lord Nolan (1908).
Story By Brian Russell Bloodstock Media Service