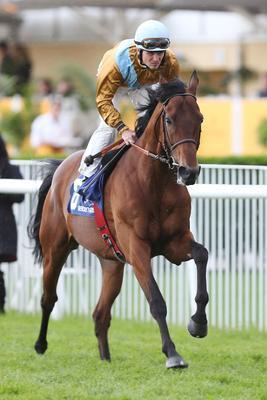 Trainer Anthony Freedman said the Makybe Diva Stakes would be a new experience for Waldpark, a last start second, beaten a head behind Novellist, regarded as the best stayer in Europe.

Freedman noted that Waldpark, which arrived at his stables about 10 weeks ago, had never raced before at 1600 metres.

He said the shortest trip the six-year-old had raced over is the 1800 metres of his maiden, which he won back in April 2011.

Freedman said Waldpark worked well today at Flemington in blinkers and would wear them in the Makybe Diva where Ben Melham would take the ride.

“I’m looking to learn more about him,” Freedman said.

“He has to pick-up the tempo of Australian racing, it’s going be to something new for him. I’ll be looking for him to be getting home strongly.”

Waldpark is rated as a $21 chance for the Caulfield Cup with Sportsbet.com.au.