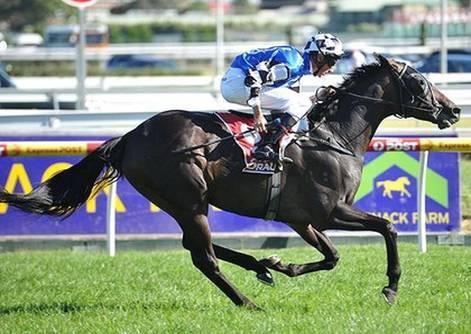 AUSTRALIAN breeders have been unable to put up much resistance to the influx of European-breds in the country’s big staying races in recent years but a sign they are attempting to amend the situation has arrived with the addition of German-bred Lucas Cranach to their stallion ranks from this year.

Part-owners Australian Bloodstock have struck a deal to stand the six-year-old son of Mamool at Bullarook Park in Victoria.

Originally trained by Sascha Smrczek in Germany, Lucas Cranach won the Listed Grand Prix du Mord at Le Croise-Laroche at three and the Group 2 Hansa-Preis – in which he easily beat Group 1 winner Durban Thunder – at four.

Transferred to be trained by Anthony Freedman in Australia, he finished third to Dunaden in the 2011 Melbourne Cup and landed the Group 2 Peter Young Stakes over 1m1f at Caulfield the following year.

Australian Bloodstock co-founder Luke Murrell said: “Malcolm Boyd from Bullarook is extremely well regarded in the breeding industry so to be involved with him is fantastic.

“With the outcross Lucas Cranach offers breeders, if he can throw this explosiveness then he will produce some quality products.

“Malcolm is getting a horse that was extremely well regarded – and rightly so – and with the horse’s looks and versatility will give him a chance to become a genuine success at stud.”

Lucas Cranach was bred by Gestut Graditz out of the Java Gold mare Lots Of Love.

He will stand at a fee of A$5,500 in his first year at Bullarook