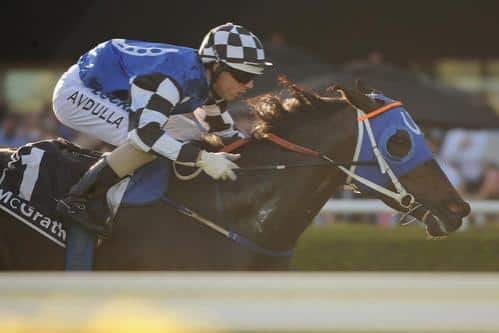 The daughter of Nadeem joined the stable of Kris Lees prior to her spring campaign and showed herself to be an improving galloper when scoring her career best wins in the Group III Golden Pendant (1400m) at Rosehill then in the Group III Angst Stakes (1600m) at Randwick.

Sharnee Rose then ventured to Melbourne and wasn’t disgraced when fourth behind Red Tracer in the Group I Myer Classic.

With two trials under her belt, Sharnee Rose resumes on Saturday in a campaign geared toward the five-year-old’s grand final in the Group I Coolmore Classic (1500m) at Rosehill on March 22.

“She’s going as good as she was leading into her last campaign and first up she bumped into That’s A Good Idea when he broke the Randwick track record,” Lees said. “She has got a first-up profile but this is another level altogether.

“I’m expecting her to run a good race, she’ll compete with them, but whether or not she can win from barrier gate on Saturday is debatable.

“She’ll peak third-up in the Coolmore. She was third-up last prep when she beat Red Tracer.”